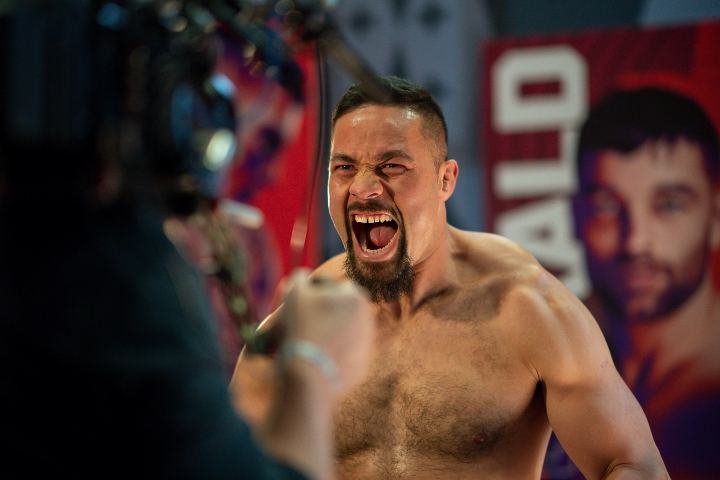 Parker is ranked at number three by the WBO, with Joyce holding the number two position.

At the moment Joyce will be next in line for a mandatory crack at the WBO’s title – but that opportunity could take a while.

Parker’s manager, David Higgins, wants his boxer to face the very best out there.

“I think it’s a good time to be ranked No 3 with the WBO. The key is to keep busy and keep winning. After a relatively uncertain period in the division, if you’re up there, then the next year or two could be quite good,” Higgins told Sky Sports.

“Places could shuffle around and a world title fight might come up for those that are there at the right time.”

And is Joyce once of the fighters that Parker would like to face.

“Yes, sure thing. They are welcome to contact me. Yes, we would fight Joe Joyce,” Higgins said.

Joyce will be ringside to watch Joshua vs Usyk, but his manager indicates that nobody is willing to fight his man.

“Nobody will be excited to fight Joe but, unfortunately for them, he’s ranked at No 1 so somebody will have to fight him,” Joyce’s manager Sam Jones told Sky Sports.

“Joseph Parker is a great fight – if it presents itself, we’d take it in a heartbeat. Andy Ruiz Jr, Luis Ortiz. It’s a real possibility it could happen. Joe is game for either of those. We are looking forward to making big, big fights now for Joe. I’ve made it clear that we only want big fights and that’s what we’ll get.”