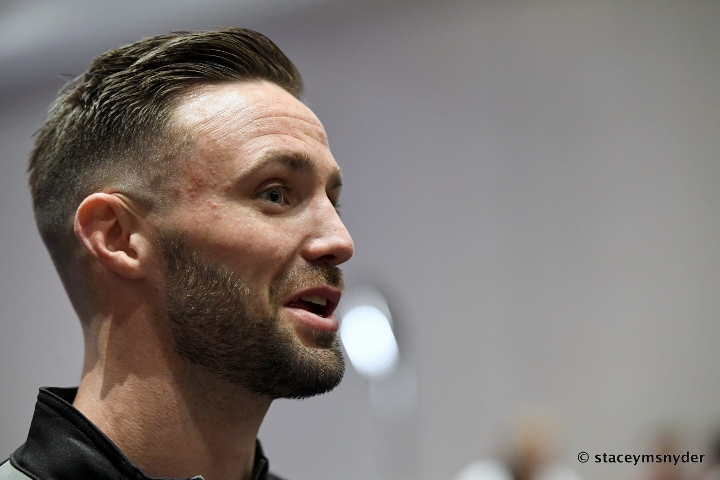 Earlier this week, it was officially announced that WBO, IBF, WBA, WBC junior welterweight champion Josh Taylor would make a mandatory defense against Jack Catterall on December 18 at The SSE Hydro in Scotland.

That contest may be the final bout of Taylor’s career at 140-pounds.

Taylor has mentioned, several times, that he wants to move up to the welterweight division to challenge one of the world champions in the weight class.

According to Taylor, he did very well in a sparring session against WBA world champion Yordenis Ugas – and even scored a knockdown against the Cuban boxer.

Last month, Ugas picked up a career-defining win when he outboxed Filipino superstar Manny Pacquiao over twelve rounds of action.

“My longer-term goal is to become a two-weight world champion,” said Taylor during an interview with Sky Sports Boxing. “Win a belt up at welterweight, I believe I can beat these guys.

“I sparred Yordenis Ugas in Vegas and it went very, very well. I dropped him one time as well. I’m pretty confident if that fight came around.”

Ugas was furious, as he aggressively denied Taylor’s claim of a knockdown during their sparring session.

“Liar and cheater. Show the video where you say you knocked me to the ground. You wear smaller gloves. You are a man without any kind of class. I’m looking for the tweet where I talk about our sparring but you never throw me to the floor even using small gloves,” Ugas stated on social media.

A potential future fight for Taylor is a showdown with WBO welterweight champion Terence Crawford.

Both men are promoted by Top Rank.

The unbeaten Scot is confident in his ability to overcome Crawford, who himself was an undisputed world champion at 140 before making the jump to 147.

“I believe in my own ability. I believe I’ve fought better opposition than Crawford has, although Crawford is very, very good, he’s elite level. But he hasn’t fought the best opponents in his division. He’s fought good fighters, good opposition, but I believe I fought at the better level. I fought better fighters on the way up,” Taylor said.

“Ask any fighter if they can beat Terence Crawford. Yeah, especially me. I feel I can win it out the park, albeit a very tough fight. I have to be at my very best to win that fight. Yes, I do think that, but I do think I can win the fight.”