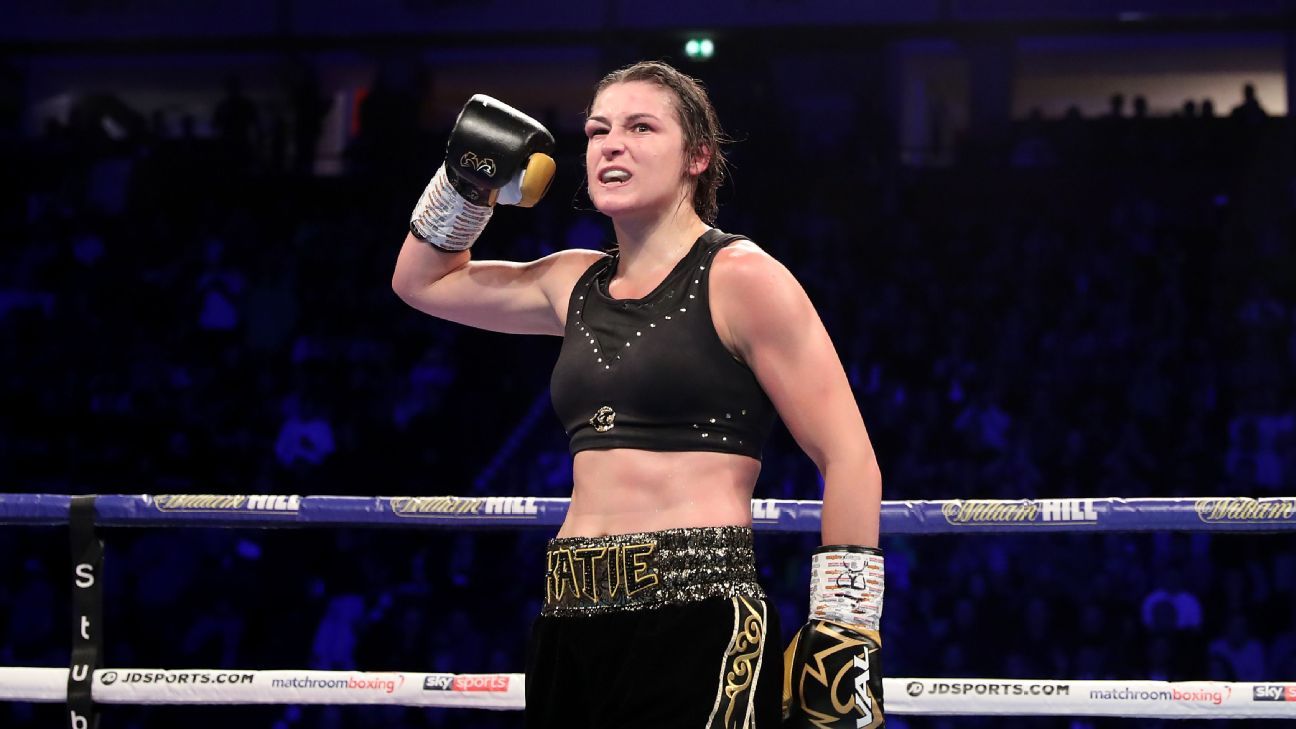 Ireland’s Katie Taylor hopes retaining her world lightweight titles on Saturday against Jennifer Han will land her a fight with Amanda Serrano.

Taylor, who faces American Han on Saturday, has called a potential pay-per-view event with Serrano the biggest fight available to make in women’s professional boxing today. Undisputed world lightweight champion Taylor is No. 1 in ESPN’s women’s pound-for-pound rankings, while seven-weight world champion Serrano is No. 3.

The pair were linked to a fight last year but it failed to materialise due to the COVID-19 pandemic and the boxers’ teams did not reach an agreement.

Taylor (18-0, 6 KOs), 35, from Bray in Ireland now based in the U.S., says she would “love” to face Puerto Rico-born, Brooklyn-based Serrano (41-1-1, 30 KOs), 32, who defended her WBC and WBO world featherweight titles with a dominant, unanimous points win over Yamileth Mercado on Sunday.

“It’s a fight that has been talked about over the last few years and I was actually scheduled to fight against her a couple of times,” Taylor told ESPN.

“I would love to be involved in a big pay-per-view show. The chance to headline a big pay-per-view show would be very exciting for any female boxer and that can potentially happen with big fights like Serrano and Jessica McCaskill [who Taylor unanimously outpointed in December 2017, and is now undisputed world welterweight champion].”

“I’ve been aware of her for the last year or two because she’s been the No. 1 IBF challenger so I knew this fight would come about at some stage,” Taylor said.

The Irish boxer is part of the bill topped by former IBF world featherweight champion Josh Warrington, a big hero in Leeds who is involved in a rematch with Mexican Mauricio Lara.

Taylor, who trains and lives in Vernon, Connecticut, is looking forward to boxing in front of 20,000 fans in Leeds, a city she knows well after growing up supporting English Premier League team Leeds United.

“My dad is from Leeds, born and bred, so we all grew up as Leeds United fans. I grew up getting the jerseys, and some of my best moments as a kid was traveling over here [to Leeds] and going to a couple of the games at Elland Road,” Taylor said.

“I’m very excited to be fighting here in Leeds as I have a really strong connection with the city and in front of 20,000 people — it’s the first time I fought in front of a crowd in a few fights so it will be great to experience that atmosphere.”