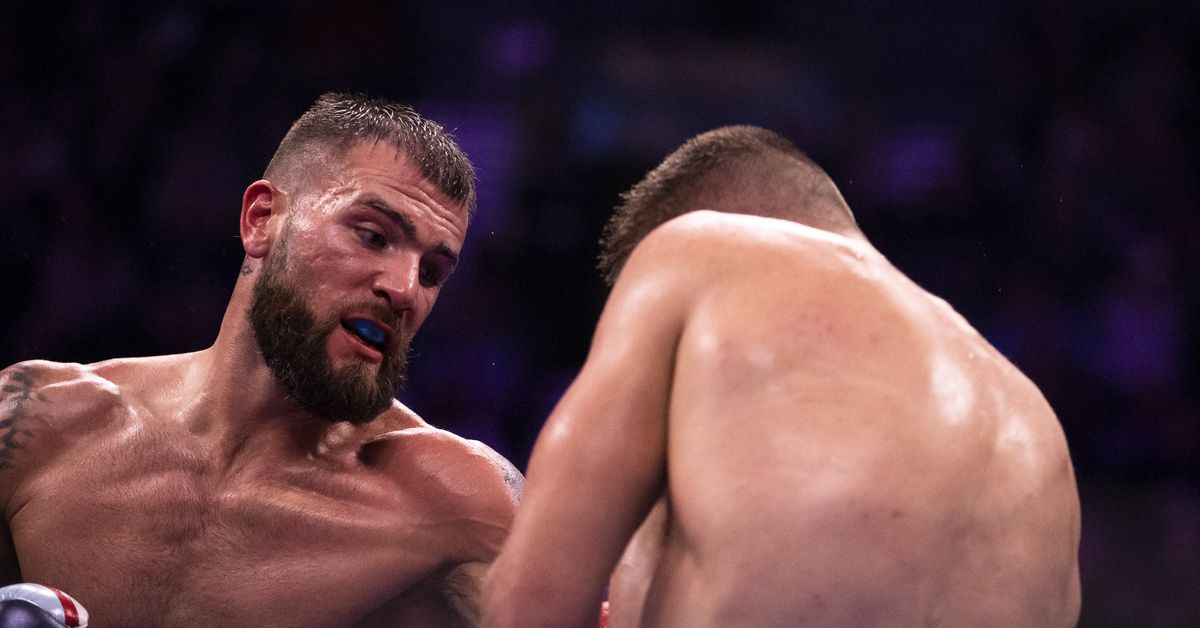 As the boxing world continues to comment on the latest controversy surrounding Oscar Valdez — who tested positive for a banned substance leading into his title defense — fighters all over are sharing their thoughts.

Valdez is notably trained by former Trainer of the Year Eddy Reynoso as part of Team Canelo, who obviously have their own history of testing positive for banned substances on top of other accusations of foul play. And with another instance of banned a failed drug test from the camp just popping up, lightweight titleholder Devin Haney took aim at Reynoso’s credentials considering what’s transpired.

With that tweet serving as a preface, Caleb Plant would piggyback on Haney’s comments to go on a lengthy social media rant against Canelo and his trainer, outright accusing the entire team of being habitual cheaters in the sport.

Na @CANELOTEAM and @Canelo deserve BITCH of the year! All of them are suspect everything out of that camp is intentional. They have the knowledge and experience to know better and the resources to have the best of the best in whatever they want but or or some is the reason. https://t.co/nnGYMCqAwG

“Na, (Eddy Reynoso) and Canelo deserve BITCH of the year!” Plant wrote. “All of them are suspect. Everything out of that camp is intentional. They have the knowledge and experience to know better and the resources to have the best of the best in whatever they want but (tacos) or (beef) or some (tea) is the reason.”

That wasn’t all Plant had to say about Canelo and his team, making sure to completely eviscerate the group with a barrage of strongly-worded tweets indicting their character and integrity.

You mean to tell me you have made over a 100mill and live in San Diego but you ate some tacos or a steak at some random ass taco stand in Mexico or some random ass steak and just doing that once made your levels THAT HIGH?

Get the fuck outta here… people don’t take this stuff out of confidence, they take it out of FEAR! They don’t wanna let their NUTS HANG so they take shit that’ll make them shrink.

I said what I said and I stand by it so fuck whoever don’t like it. The people INNNNN the sport know what’s up but the ones who don’t speak up are the same ones who cheat just like them.

It’s almost seems frowned upon to even speak up on this stuff in boxing but idgaf. There’s a whole other world out there when it comes to banned substances that people in the fight game don’t wanna speak up about but I could care less. There’s no room it.

Plant’s rapid-fire verbal assault on Team Canelo sure caught the admiration of at least some of boxing twitter.

Surely this will only fuel the fire for upcoming undisputed 168-pound title unification between Canelo and Plant, as Canelo will now have to make a point go defend his honor in response to this public shaming.