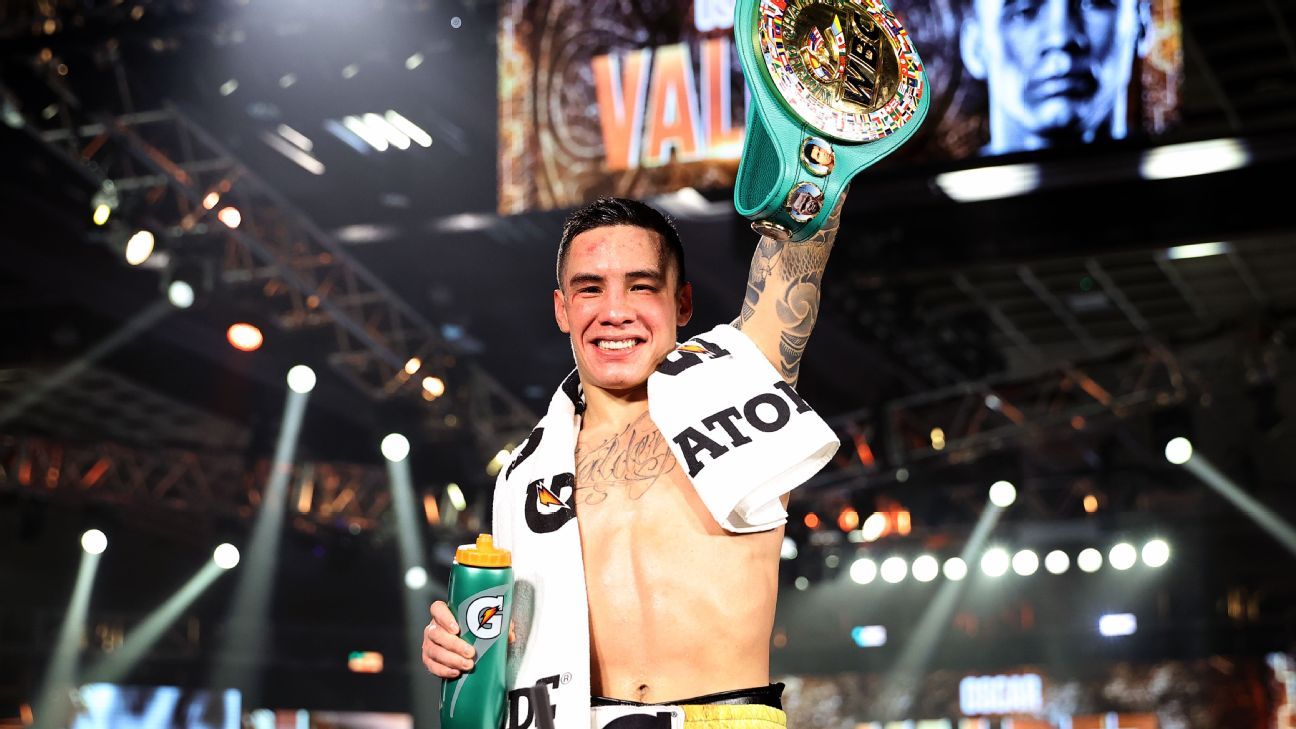 Valdez is the WBC’s 130-pound titleholder. WBC president Mauricio Sulaiman told ESPN the organization “will be making a public statement” when asked if Valdez would be allowed to retain his title in the scheduled Top Rank Boxing on ESPN+ main event.

Valdez signed a VADA enrollment form, which lists phentermine as a banned substance. The WBC uses VADA to test all its ranked fighters and champions as part of its Clean Boxing Program. Top Rank also routinely enlists the testing agency for its title fights at the request of its top-level boxers, providing more comprehensive testing than the bare bones provided by most state commissions.

In this instance, Valdez requested VADA testing for himself and Conceicao.

The Pascua Yaqui Tribe Athletic Commission only adhered to the World Anti-Doping Agency rules, despite the VADA enrollment forms signed by both fighters. WADA doesn’t ban the central nervous stimulant outside of competition; its in-competition period begins at 11:59 p.m. the day before the fight.

Top Rank declined to comment when reached by ESPN. Valdez’s manager, Frank Espinoza, didn’t return a phone call. Conceicao’s manager, Sergio Batarelli, said he would comment when he had the “details about the approval.”

Valdez’s A- and B-samples were collected on Aug. 13, per sources. Both tested positive for phentermine. The 30-year-old was notified of the A-sample result on Aug. 28. The B-sample result was returned on Sept. 2.

He was tested again on Aug. 30. That test result showed no phentermine in his system. The half-life of phentermine is roughly 20 hours. It takes five to six half-lives for the substance to be fully eliminated from the system (a maximum of six days). The Aug. 30 test was 17 days later.

“I personally have given athletes phentermine, I know what it does. It is very powerful. It is like methamphetamine,” Victor Conte, the founder of BALCO, told ESPN. Conte served time in prison after pleading guilty to conspiracy to distribute performance-enhancing drugs before founding SNAC, a sports nutrition company.

“You know why it’s a performance-enhancing drug? Because it’s a central nervous stimulant,” he added. “It accelerates your heart rate. It gives you energy. It gives you endurance. It gives you stamina. It makes it easier to breathe. Your training time to exhaustion would be much longer.”

Valdez, a two-time Olympian from Mexico, “had no knowledge that he was taking phentermine” and believed the substance came from an herbal tea, his lawyer, Pat English, argued in a letter written on Tuesday.

“It’s not an herbal tea, the molecular structure of phentermine is not an herbal tea,” Conte said. “It’s ‘dog ate my homework’ stuff. No promoter wants to lose money. This is not in contained supplements. This is designed to help you cut weight. It’s an appetite suppressant which is what you’re doing when you’re cutting weight.

“It’s a prescription-only medication. Does he have a doctor’s prescription? Let’s see it.”

VADA reports adverse analytical findings; it does not adjudicate. However, there is precedent for VADA’s rules leading to punishment. Billy Joe Saunders tested positive for the banned stimulant oxilofrine ahead of his scheduled title defense vs. Demetrius Andrade in 2018. The substance was deemed out of competition by WADA, yet Massachusetts recognized the VADA violation and suspended Saunders. The fight was cancelled as a result.

Valdez, ESPN’s No. 1 junior lightweight, won the title with a spectacular one-punch knockout of Miguel Berchelt in February, the leading contender for KO of the Year. Valdez (29-0, 23 KOs) was also a champion at 126 pounds.

He was defeated by Conceicao when they met in the gold medal match of the 2009 Pan American Games. Conceicao (16-0, 8 KOs) went on to win gold at the 2016 Olympic Games. The 32-year-old Brazilian is unranked by ESPN.