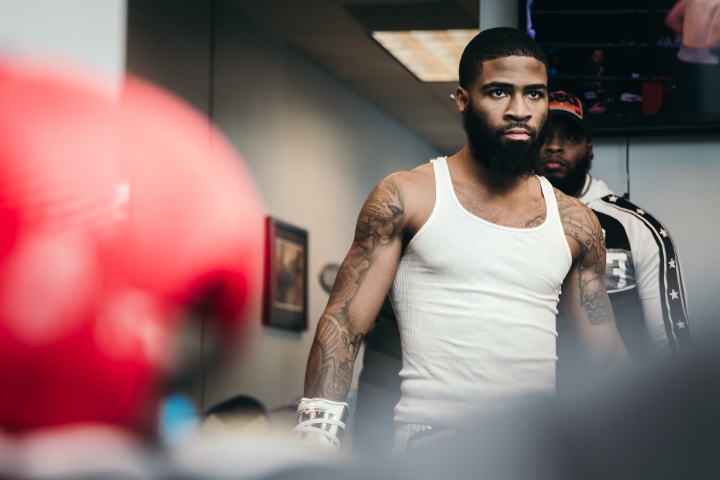 “I am trying to get used to everything in Vegas,” said Fulton Jr. “I wanted to get away from home, be away everyone and get myself a little uncomfortable to finish up camp.”

Born and raised in West Philadelphia, Pa., Fulton Jr. (19-0, 8 KOs) is the city’s only world champion following a triumphant win over then-unbeaten Angelo Leo in January on SHOWTIME. This will mark the first title defense for Fulton and Figueroa, who have been on a collision course for many years and finally meet to determine the king of the 122-pound division.

“I don’t feel any extra pressure going into this fight,” added Fulton Jr. “I don’t know why people expect me to feel more pressure entering my first defense and this huge unification fight, but I don’t let any of that get to me. I know there are people doubting me and I can’t wait for them to watch what happens on September 18.”

The 24-year-old Figueroa (22-0-1, 17 KOs) captured his world title from former two-division champion Luis Nery via devastating seventh-round knockout in May on SHOWTIME. Immediately following his win, Fulton entered the ring for a face off with the newly minted champ which set up their September unification. Figueroa is well-known for his hard-charging style while Fulton Jr. is lauded for his boxing prowess, setting the stage for an excellent clash of styles.

“I feel like this is a classic boxer-brawler matchup, but I showed in my last fight that I can brawl too,” explained the 27-year-old champ. “He can’t become a pure boxer now though, it’s too late in the game to teach him that. I am more than prepared for him to come in and try to walk me down but if he has a different game plan, I have the adjustments ready.”

The fight marks Fulton’s first fight as a professional in Las Vegas, the site of boxing’s biggest title fights in history. Figueroa will make his second appearance in Vegas where he suffered his lone pro blemish – a split draw against Julio Ceja in 2019.

“This is my first professional fight in Las Vegas,” stated Fulton Jr. “I fought in Nevada as an amateur. I fought in the Junior Golden Gloves here and won the whole tournament.”

Trained in his hometown by coach Wahid Rahim, Fulton has adopted a new approach to his training camps when preparing for his last two fights.

“I trained alone for this camp and I feel like this is how it needs to be moving forward as a championship fighter,” added Fulton. “Due to the COVID situation, I just tried to stay away from everybody.

“I was locked down like this when training for the Angelo Leo fight, too. I like it better to be in the gym by myself or with less people. I like it better because I get to focus more on myself. I have the ring to myself; I have the bags to myself. You don’t have to worry about taking turns or waiting for anything when you are the main priority. You get your job done faster, easier, and more efficiently.

“I worked harder. I sparred more, I focused more on my endurance. The world will see September 18 on SHOWTIME.”