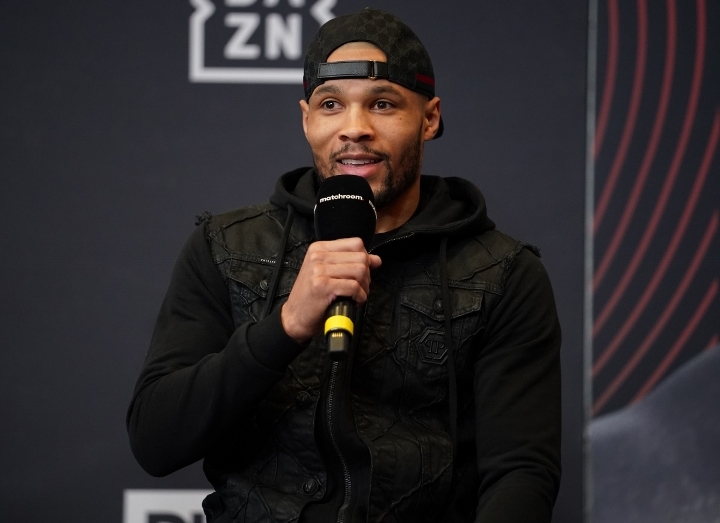 Twice-beaten Chris Eubank Jr has explained that he’s aiming to win a world title by the end of the year, and then hopes to secure a unification fight against Gennady Golovkin.

Eubank Jr, who returns to the ring on October 2 against Sven Albier, is currently being put through his paces in Las Vegas by four division champion Roy Jones Jr.

“The goal is to secure a world title by December,” said Eubank Jr. “I said I wanted to fight three times this year, so I want to fight soon and then get a big fight by the end of the year. Having been WBA interim champion puts me in a great position and there’s a lot of big names out there, so it’s just about aligning those names and pinning them down, and we’ll do that.”

“I’ve been targeting Golovkin for some time now, and I believe that’s a fight a lot of the fans want to see,” Eubank told William Hill “I believe he’s actually fighting Ryota Murata next, so those two names are off the list for the time being, but that is a fight that will happen in the next six to nine months. We’ll try and make that happen in any way we can.

“Having been WBA interim champion, I’m first in line to fight for those belts, and they’re great fights, so I’ve just got to stay ready.”

Asked if he’s always looked to pinpoint a fight with Golovkin, Eubank Jr was emphatic in his response.

As Eubank Jr mentioned, the fans have expressed a desire to see him go toe-to-toe with Golovkin, and he believes it’s their dynamic fighting styles which would make the bout so exciting and appealing for the boxing world.

“We both like to tango, as they say,” Eubank Jr quipped. “Neither one of us is going to be running around the ring trying to avoid confrontation. We are both confrontational fighters so if you put those styles in the ring, with my speed and his power…it’s going to be epic.”

With the influence of Jones in his corner, Eubank Jr believes he has become a better and more methodical fighter since learning from the former world champion.

He said: “Working with Roy Jones Jr was a blessing, and I wish I’d met him earlier in my career. But, better later than never, and in the short time that we’ve been together I’ve learnt a lot. He’s opened my mind to things. They say ‘you can’t teach an old dog new tricks’, but I don’t think that’s the case in my situation.

“I’m 32 next month, and with the young guns coming through you’ve got to watch out, and Roy is the man who is going to add years to my career with the things he’s teaching me. He’s helped me have a plan B, plan C, plan D, so it’s been amazing to work with him as he’s a genius and I think I’ll work with him for the rest of my career.”