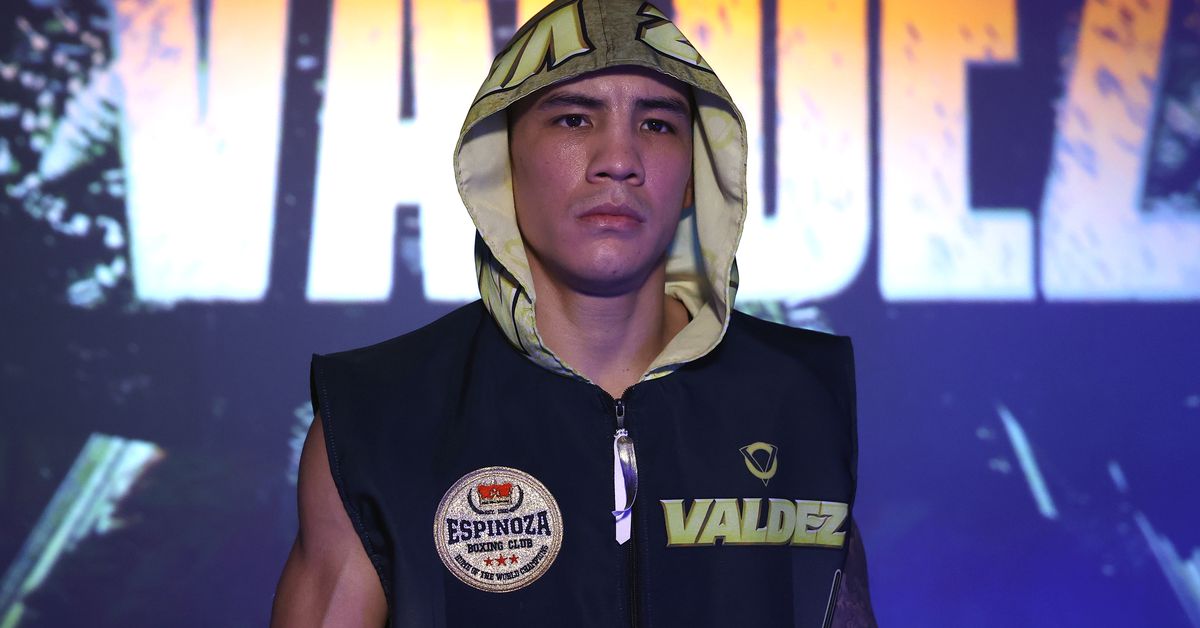 Oscar Valdez is at the center of a pretty notable controversy right now, as the WBC junior lightweight titlist failed both his A- and B-sample VADA tests ahead of his Sept. 10 title defense against Robson Conceicao.

But the fight is going ahead as planned, as the Pascua Yaqui Tribe Athletic Commission have agreed to sanction the fight as though all things are normal, which they really aren’t. The first reports of a failed test came on Aug. 31, with the B-sample failure following a couple of days later.

We already know that the WBC and their “Clean Boxing Program” aren’t planning on doing anything too quickly, putting the 30-year-old Valdez on “probation,” but they’re not stripping him of his 130 lb belt nor refusing to sanction next Friday’s fight, which will air on ESPN+.

“I’ve never used a banned substance to enhance my performance. I’ve never done it,” Valdez said in a video released to social media. “I’ve always been very respectful for the anti-doping rules, ever since I was an amateur Olympian and now as a professional.

“Ever since I became a world champion in 2016, I’ve been tested more than 30 times. I insisted on, in writing, the VADA testing myself for the Robson Conceicao fight, and put that in my contract.”

More likely than not, Valdez (29-0, 23 KO) is not going to convince people who already think he did something wrong that he didn’t, and to be honest, being associated with the Canelo camp doesn’t help him there, at least as far as doubters go, because Canelo has had his drug test issues in the past, too.

But also more likely than not, this is something that most people are going to ignore sooner than later. It’s not a gloriously enormous drug test debacle like Jarrell “Big Baby” Miller, and truth is, there probably is a way to explain it, and either way, other than the drug test showing the substance, there is not going to be smoking gun proof of how it got into his system going either way.

If you think this is something that will haunt Valdez forever, please remember that along with Canelo, currently one of the sport’s biggest and most popular stars, you can count mostly beloved legends Roy Jones Jr, Erik Morales, Shane Mosley, Evander Holyfield, and Pernell Whitaker among the names who had anti-doping scandals or failed tests in their careers. Just about everyone has always had an excuse — a supplement, some meat, some tea, whatever — and while there is fist pounding and outrage for a little bit, it just never lasts in large enough numbers that it makes any real difference to the larger scope of how fighters are remembered.

Unless he fails more drug tests in the future or there is a shocking, undeniable bit of proof like there’s video of him eating a big ol’ tub of phentermine while he’s heard remarking, “I’m doing this to enhance my performance,” you are likely not going to hear a lot more about this within a month or so.