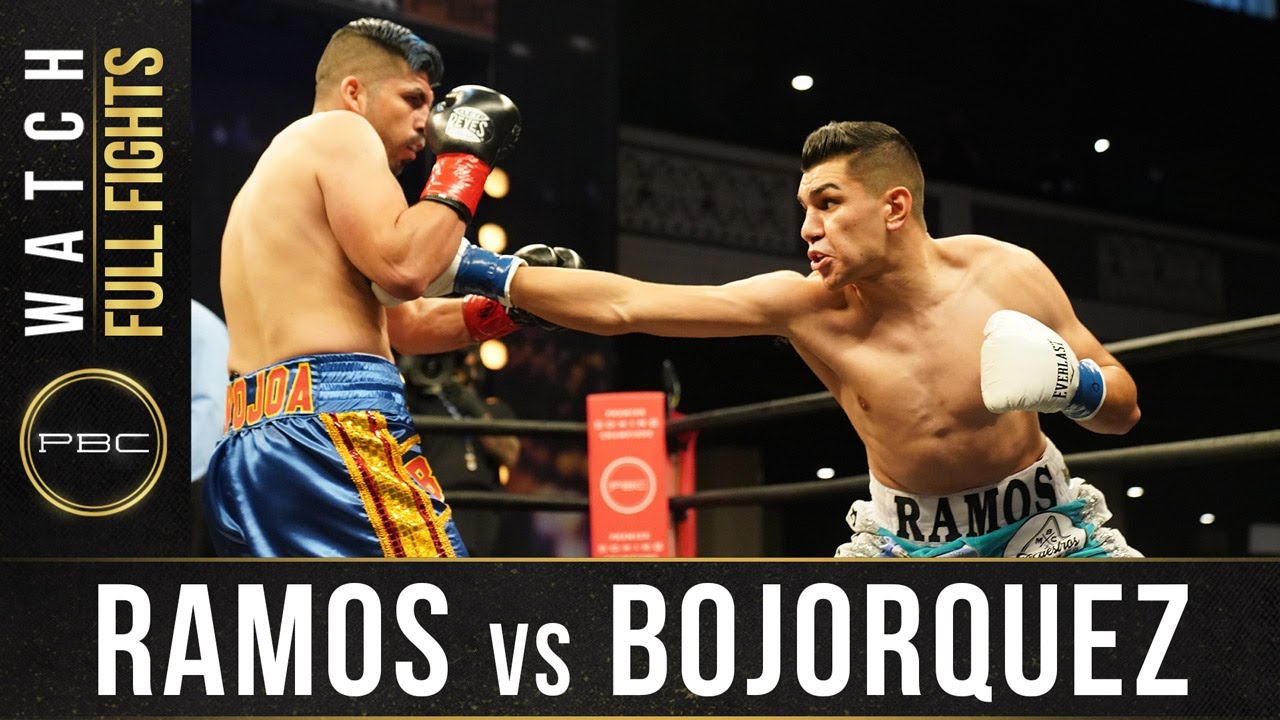 Video
Share on Facebook
Share on Twitter
Share on Pinterest
Share on LinkedIn
19-year-old rising welterweight star Jesus Ramos (15-0, 14 KOs) looked sharp in scoring a stunning second-round KO victory over Jesús Emilio Bojórquez (24-3, 18 KOs). The precocious Ramos, the nephew of welterweight boxer Abel Ramos, landed a sharp right hook that dropped Bojórquez of Sonora, Mexico and opened a cut along his nose early in the second round. Bojórquez beat the count but was unsteady on his feet. Ramos opened up on Bojórquez as he was pinned against the ropes and referee Thomas Taylor stepped in and stopped the fight at 1:44 of the second round.

“I was surprised he got up from that right hook. I was setting it up, throwing my jab to the body,” Ramos said. “I knew he was expecting another jab but I feinted and came back with the right hook. I didn’t think he would get up but he did and then I finished the job. This was a test run [at 147]. I felt really strong, the weight cut was a lot smoother this time around. I might campaign here. I have to talk to my team and see what they think.

“I want to be a champion at 21 years of age. That would be next year. I want to step up the competition this year, fight guys with names, and next year fight guys like Yordenis Ugas.”