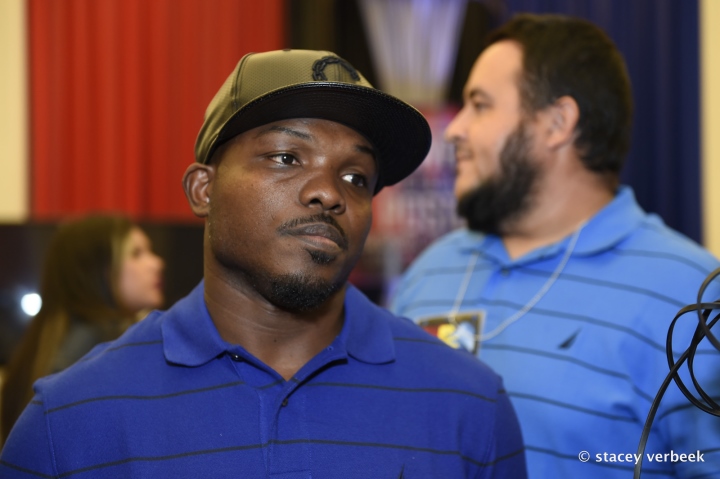 Boxing’s latest scandal has left Timothy Bradley with smoke coming out of his ears.

The retired welterweight champion and current ESPN commentator had some harsh words for Oscar Valdez, the WBC junior lightweight titleholder who will make the first defense of his title against Robson Conceicao on Sept.10 in Tucson, Arizona, during a recent episode of the ESPN+ show State of Boxing.

Bradley, of course, was reacting to the news of Valdez testing positive the past week for the banned substance Phentermine, a prescription-only weight-loss supplement best known for suppressing one’s appetite. Although the substance is banned by the Voluntary Anti-Doping Association (VADA), as part of their “zero tolerance” philosophy, it is not prohibited by the World Anti-Doping Agency when it is used “out of competition.”

As neither outfit actually possesses adjudicating power, the matter was left to the local athletic commission, the Pascua Yaqui Tribe, to hand down a verdict. On Thursday the commission deemed Valdez eligible to move forward with the fight. The next day the WBC followed suit, allowing its junior lightweight title to be on the line.

Bradley, suffice to say, was livid.

“I wish [Conceicao] knocks [Valdez] the hell out,” Bradley said. “That’s what I hope. I hope for a miracle. If this fight goes on, if nothing changes, I hope he gets knocked out, seriously.”

Bradley went on to say that he was a great admirer of Valdez, especially after the way the latter stopped Miguel Berchelt in their 130-pound title bout in February. Valdez, the underdog in that fight, won by 10th round knockout, courtesy of a highlight reel-worthy left hook.

“And I’m a fan of Oscar Valdez,” Bradley continued. “I am. I’m hurt by this. I’m really hurt by this. I went on national TV, on live TV, and said that this guy is now my hero after he defeated Berchelt.

“I’m sick to my stomach about this situation, and I think that whether it’s from the tea or not or whatever it is nobody cares about that. You tested positive. Everybody can think whatever the heck they want to think and I’m thinking that you’re dirty, my friend. That’s just it. I’m done.”

Valdez (29-0, 23 KOs) recently put out a statement claiming his innocence.

“I have never used banned substances to improve my performance,” Valdez said in a video posted on his social media. “I never have and never will. I am respectful of anti-doping tests since my time as an amateur and now as a professional.”