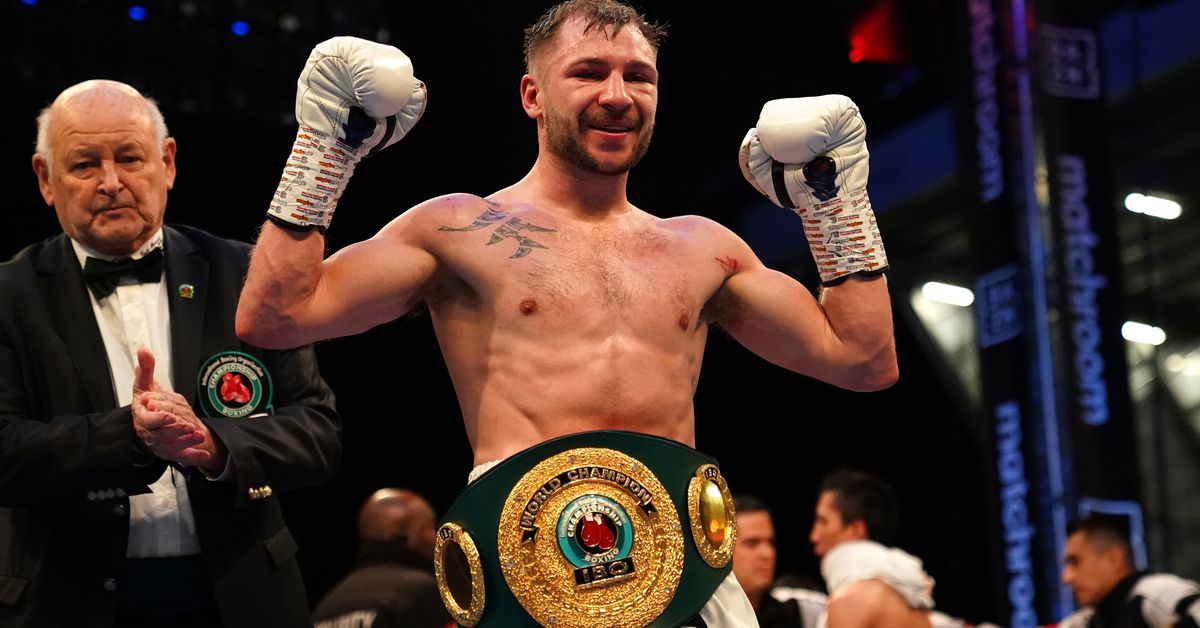 Maxi Hughes’ impressive career resurgence has netted him some serious promotional muscle, as he’s signed a multi-fight deal with Matchroom Boxing after his latest victory.

Matchroom have provided so many opportunities for fighters, past and present, and to know those opportunities will be heading my way is all I could ask for,” said Hughes. “The victory wasn’t a surprise, not to me anyway, given the preparation I’d put in and the time we had spent tailoring our approach to deal with someone like Straffon. But to win every round and to feel that comfortable feels pretty epic in front of a Yorkshire crowd.

“It’s a pleasure to share a card with that amount of boxing talent and the fact that people think my performance stole the show feels unreal. I’m just glad I got to showcase my skills and make my team and family proud. I only spend a short time reflecting after any fight with Sean and the team, but after that I move on and we agree what step we take next. I’ll reflect properly on my achievements when I retire. I don’t intend to get too drunk on my own success.

“I’ve been on the domestic scene since Scotty Cardle and I fought him back in 2013. I’ve mixed it with the best British and European talent that was there at the time. Boxing careers don’t last forever so my hope is that Matchroom can deliver bigger fights than any of those I’ve had so far, to capitalise on my recent success.”

Hughes (24-5-2, 5 KO), just two fights removed from a 1-2 skid that saw him stopped by Sam Bowen and decisioned by Liam Walsh, turned things around in 2020 with a sizable upset of Jono Carroll. He’s since proved it wasn’t a fluke, decisively turning aside Viktor Kochigov, Paul Hyland Jr. for the British lightweight belt, and most recently Jovanie Straffon for the IBO title.

“Maximus” already has his next target in mind.

“I’ve already spoken about Devin Haney simply because his opponents seems to be evading him. I might not be the ‘name’ he wants, but I’m game and willing to fight. If that doesn’t come off, then I’m only looking forward in the rankings. I’ll take whatever comes my way.”

Even if Haney isn’t interested, the 31-year-old is definitely in a good spot to start chasing bigger fights, and I’m glad to see him getting a push after all he’s accomplished.