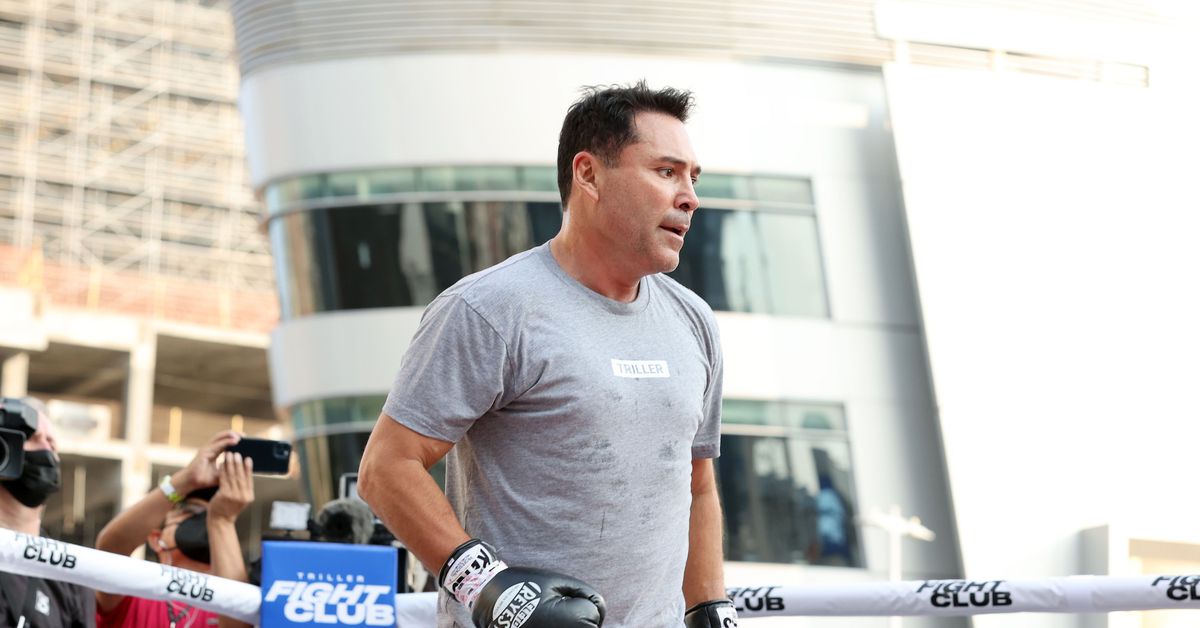 By now the world has heard the news that Oscar De La Hoya’s comeback fight (set to take place against Vitor Belfort) will not be happening as scheduled after De La Hoya reportedly caught COVID and couldn’t continue with the fight. And while it appears that Evander Holyfield will be taking De La Hoya’s place in the Triller match, Belfort’s trainer Derik Santos questions whether or not De La Hoya didn’t get a case of cold feet.

“I’m not trying to disrespect Oscar,” Santos said. “I saw the video of Oscar, but if I’m being honest, I’m still skeptical. Something about it didn’t seem right. The level of how bad it looked. I know you can still get COVID if you’re double vaccinated, but it didn’t seem right. Maybe he realized we were taking the fight seriously, I don’t know.”

Now everyone knows that I’m not above poking fun at some of the more eccentric characters in the sport of boxing, but for all the things we could accuse Oscar of being, I don’t think a coward is one of them. In fact, in certain ways De La Hoya might be arguably the most courageous fighter of an entire generation, so I personally am not going to buy the notion that he’s chickened out over fighting an MMA guy. In the meanwhile we’ll just have to wait and see if Oscar will continue his plans to fight again.