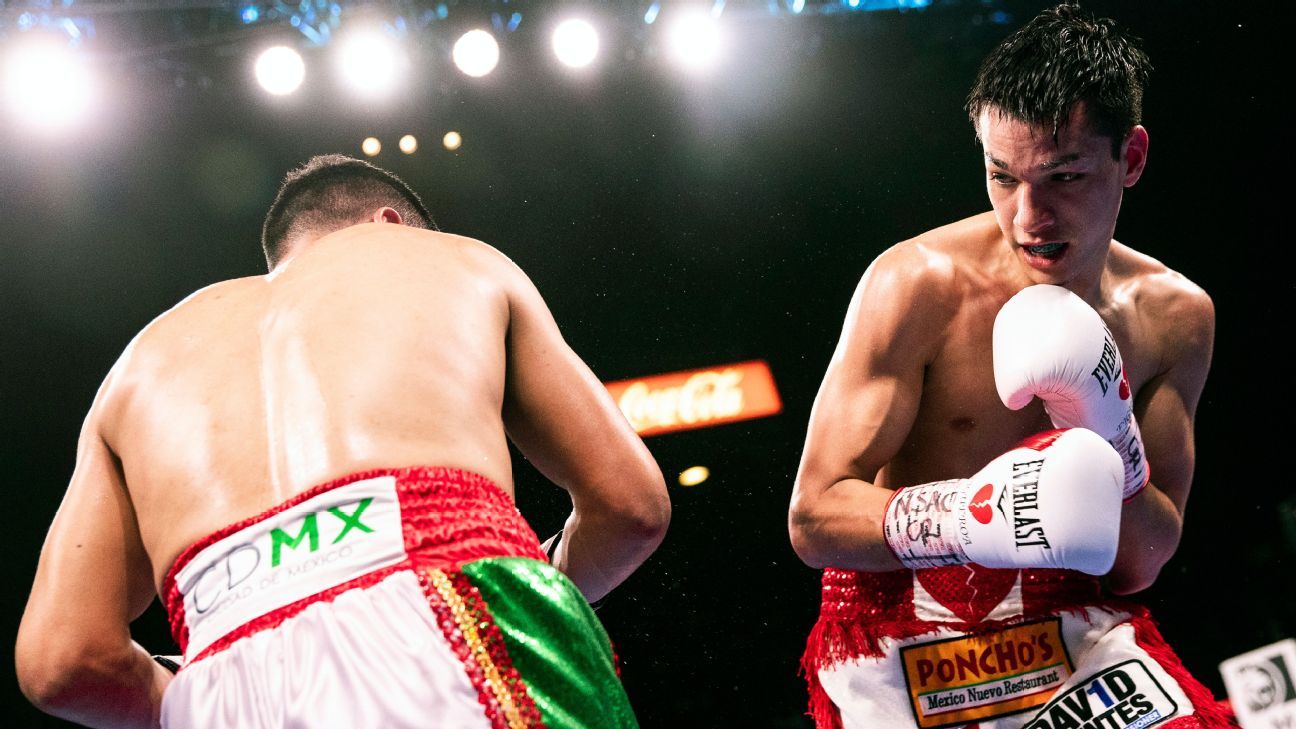 Brandon Figueroa has tested positive for COVID-19 and his 122-pound title unification with Stephen Fulton, set for Sept. 18 in Las Vegas, has been postponed, the boxer announced Tuesday on Instagram.

The PBC on Showtime main event will be rescheduled along with the rest of the card, sources told ESPN.

“I’ve worked so hard for this fight and was so close to finishing camp strong but unfortunately there was nothing more I could’ve done,” Figueroa wrote. “I tried to let it pass and still manage to fight but I wasn’t feeling too well and especially being the last 2 weeks leading to my fight which are the most crucial.

“I just want to say thank you to all my fans and supporters, this is a fight I don’t want to let slip and I will come back stronger than ever,” he added. “For the meantime I’m gonna continue and try to maintain myself in fight shape as my next fight date will be announced soon.”

Figueroa (22-0-1, 17 KOs) won the WBC junior featherweight title with a seventh-round KO of Luis Nery in a career-best performance in May. The 24-year-old volume puncher from Weslaco, Texas — and ESPN’s No. 3 boxer at 122 pounds — is the younger brother of former title contender Omar Figueroa Jr.

Fulton (19-0, 8 KOs) won the WBO version of the title in January with a unanimous decision victory over Angelo Leo. The 27-year-old Philadelphian, ESPN’s No. 2 junior featherweight, threw 1,183 punches in the breakthrough win.

The fight was highly anticipated. After all, it featured two top-notch undefeated champions who apply pressure and let their hands go.