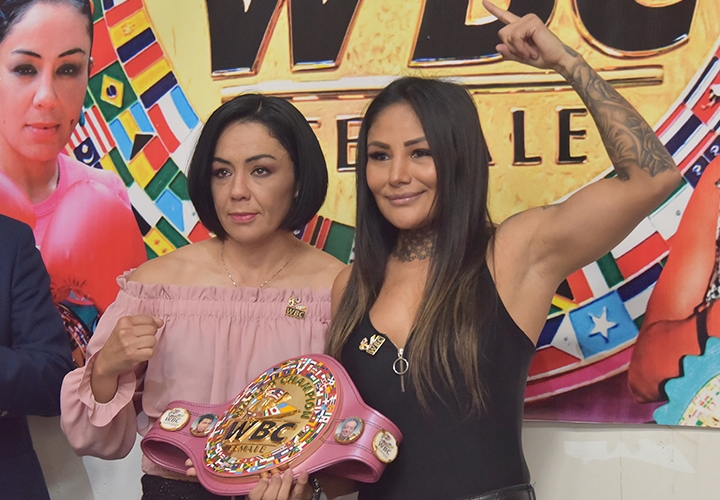 During a press event in Mexico, WBC President Mauricio Sulaiman announced an all-Mexican mega fight between female legends, Jackie Nava and Mariana Juarez, with the contest being positioned for October.

These female boxing pioneers stated that have both been awaiting this moment for years.

Before all of this, Sulaiman surprised the two boxers by unveiling the belt that they will be contesting for, a Diamond belt in pink, since the fight will be held during the month when the world battles against breast cancer.

For Nava – who was the first WBC female champion – the confirmation of this vintage contest was joyful,  because she remembered when the official announcement of the fight had been made at a press conference held in Coyoacán. The fight had to be postponed,  as it was in that same fateful month that the Covid-19 pandemic started in Mexico in 2020.

For Nava, facing Mariana represents an exacting, enticing challenge, because she knows her quality, but especially the warrior heart she has when she steps into the ring. Nava clarified that this fight comes at the best moment for both, because 20 years ago they were not fighting at the same weight.

Without predicting how the fight will end, Nava was clear in saying that this will undoubtedly be the finest women’s fight that the public will witness in many years., and that it will set a precedent for everyone.

Juarez stressed that being able to get into the ring to face one of the pioneers of women’s boxing is a great motivation for her. She believes that their upcoming fight will once and for all solidify which of them is the better fighter.