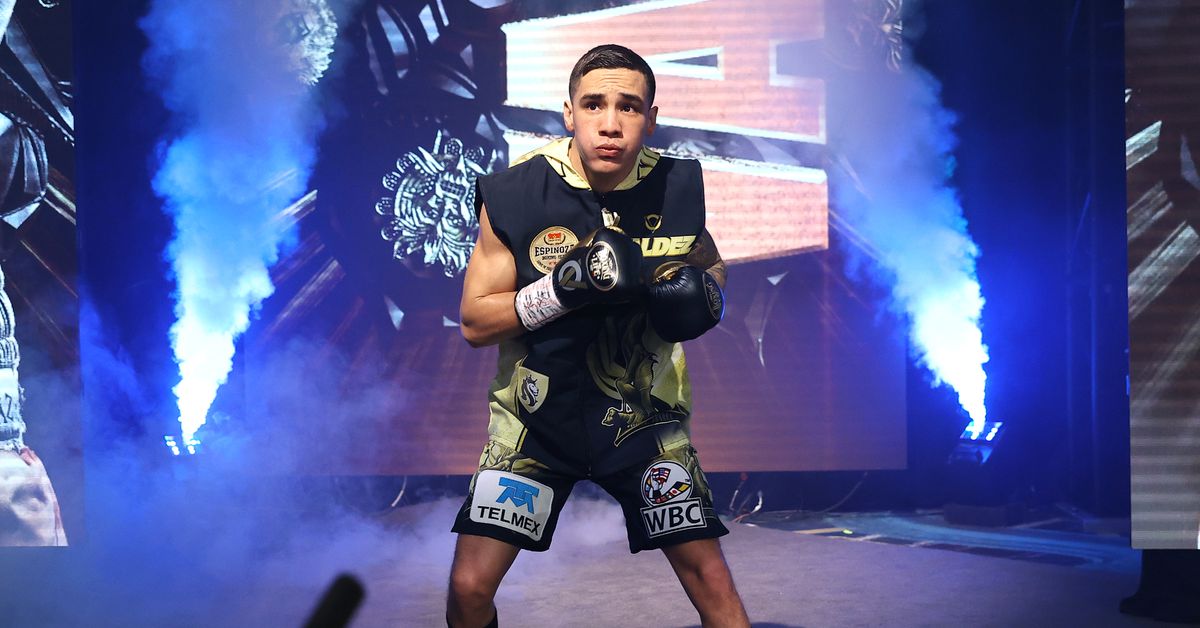 Amidst the fallout of Oscar Valdez testing positive for banned substance phentermine, despite him still being allowed to defend his WBC world title against Robson Conceicao, Valdez talks with ESPN’s Mark Kriegel about how he tested dirty and why he still considers himself a clean fighter.

Valdez on how he tested positive for banned diuretic

“If I was him I would 100% fight me because there’s a chance to win a world title, the world title is still on the line. And being more honest, if I were Conceicao I would think ‘What is he taking? Oh, he’s taking a substance to lose weight. Well, that’s a pretty dumb move because he’s losing weight way too early from the fight so that means he might be maybe drained or overtrained.

“But as far as there’s no performance enhancing drug as far as steroids or antibiotics or growth hormones — those types of drugs I believe that would make a difference and could hurt somebody, could actually kill somebody, which that I don’t believe it should even be stripped from the belt or cancel the fight. I think someone who uses those types of drugs should go to jail. I would never do that and I wouldn’t even take this substance that came out in my system — I would never intentionally take it.”

Sources: Joyce, Zhang close on April 15 fight
“Yarde is the special one, not Beterbiev,” says Tunde Ajayi
Oscar De La Hoya Believes Ryan Garcia – Gervonta Davis Will Be Announced “In The Next Few Days”
‘AFTER CONOR BENN, AM I STILL THE BAD GUY?’ – Eubank Jr readies for GGG & Dismisses Smith
Eubank will “let the dust settle” before deciding on Smith rematch