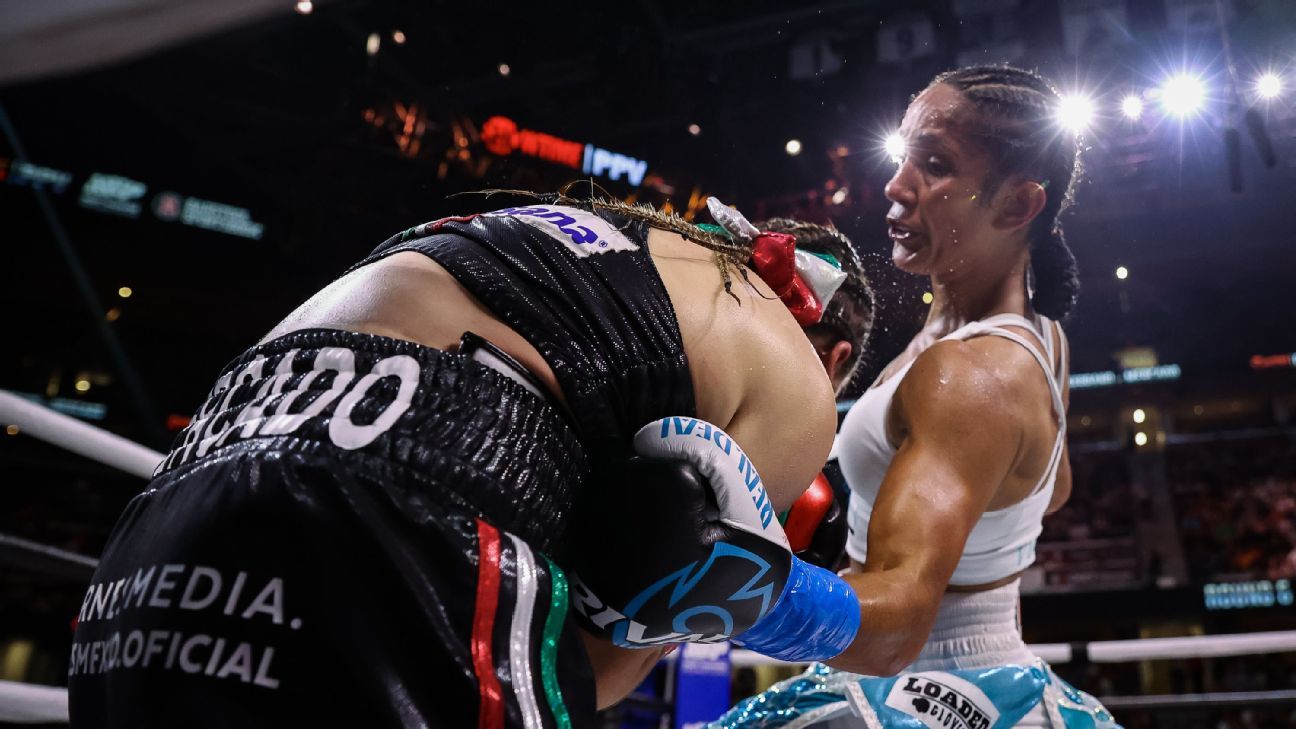 Katie Taylor and Amanda Serrano shined in recent unanimous decision wins, and each of them solidified her spot in the ESPN women’s pound-for-pound rankings.

Taylor (19-0, 6 KOs), 35, of Bray, Ireland, defended her lightweight undisputed championship with a dominating victory over Jennifer Han (18-4-1, 1KO) on Sept. 4 in Leeds, England. All three judges — Luigi Boscarelli, Phil Edwards and Leszek Jankowiak — had it 100-89 for Taylor.

Serrano (41-1-1, 30 KOs), 32, of Brooklyn, New York, via Puerto Rico, dominated Yamileth Mercado (18-3, 5 KOs) on Aug. 29 in Cleveland to defend her WBC and WBO featherweight world titles. Serrano gained ground on No. 2 Claressa Shields, but it wasn’t enough to move up.

“Taylor and Amanda Serrano both had good performances, but what’s keeping me from making them No. 1 on my list is that they must fight each other,” ESPN boxing analyst and former two division champion Timothy Bradley Jr. said. “Make the fight happen and the winner will be without question my No. 1 pound-for-pound female fighter.”

ESPN boxing writer Nick Parkinson agrees, saying Serrano’s two victories in 2021 so far make a strong case for her to be ranked higher.

“Serrano probably needs to beat Taylor, or she needs Taylor to lose, to take the No. 1 spot on my list,” Parkinson said. “Shields has a truck full of world title belts at junior middleweight and middleweight, while Taylor holds all four world lightweight titles. Serrano, who holds two of the major featherweight titles, is simply outnumbered by belts and recent big wins in comparison to Shields and Taylor, who have both held the No. 1 spot in 2021. Taylor has beaten tough opponents like Natasha Jonas and Delfine Persoon in the last year or so, helping her to secure that top spot.

“But Serrano is building momentum, making a proposed fight with Taylor in 2021 a difficult one to call and one that will stop all arguments as to who is the best women’s pound-for-pound fighter.”

ESPN’s Kel Dansby decided to keep Shields as his No. 1 fighter, noting her dominance in all her pro fights.

“Shields maintains her spot atop my list. A foray into MMA has kept Shields from being as active as Taylor and Serrano, but her accolades remain unmatched,” Dansby said. “Shields remains the only two-division undisputed champion of the four-belt era, man or woman, and she’s dominated three divisions since turning pro. While Katie Taylor has been pushed to the brink several times while defending her undisputed title, Shields has barely lost rounds in her title fights.”

Note: Results are through Sept. 7.

How our experts voted