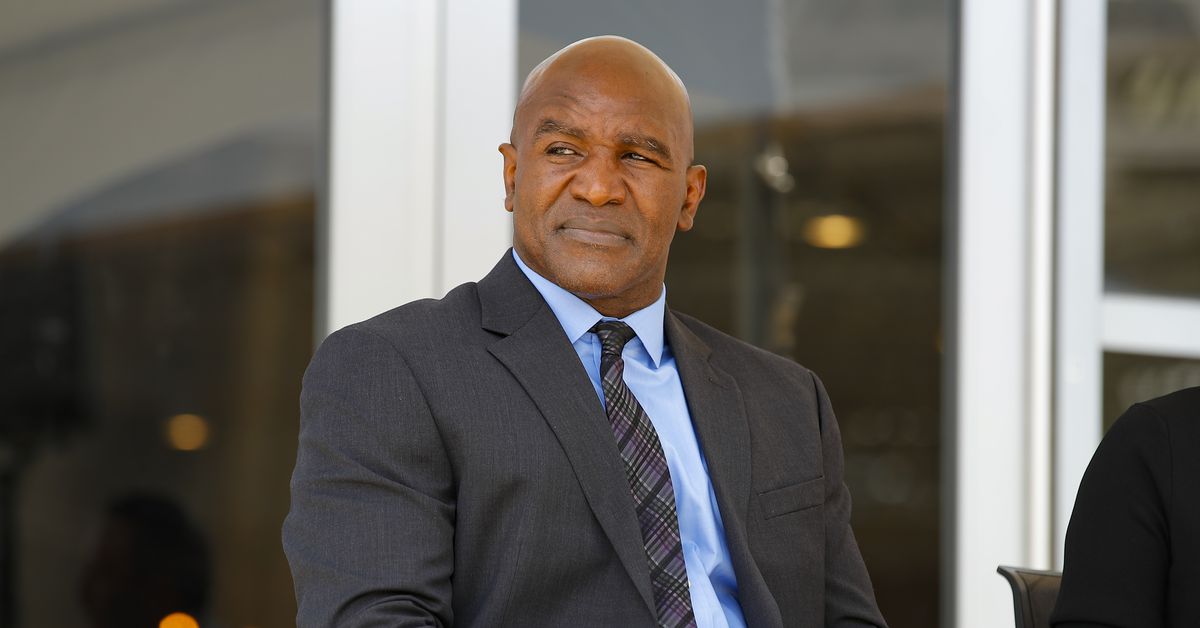 This was expected, as BoxRec had been listing the fight proper — which they have not been doing for exhibitions such as, for instance, Mike Tyson vs Roy Jones Jr last year, or Floyd Mayweather vs Logan Paul earlier this year. Mike Coppinger had the official word this evening.

Holyfield (44-10-2, 29 KO) is a boxing legend, a true all-timer at cruiserweight and heavyweight, and one of the top stars of the 1990s. He also hasn’t fought since a 2011 win over Brian Nielsen in Denmark, and sanctioning a fight with him at his age is definitely going to raise eyebrows, particularly if something goes wrong.

Belfort (1-0, 1 KO) has had the one pro fight as a boxer, but it was a nothing fight back in 2006 in Brazil, where he knocked some other debutante out in the first round. That guy never fought again.

Holyfield-Belfort will be an eight-round heavyweight fight with judges scoring, same as any other regular fight in that regard. It should be noted that Belfort had been training to fight Oscar De La Hoya in California at 180 lbs, which Holyfield will be well over we assume.

How to Watch Holyfield vs Belfort

It’s also worth a note that the undercard bout between David Haye and Joe Fournier, also set for eight rounds as heavyweights, is also being sanctioned in Florida. That was originally meant to be an exhibition, but now will count on their records. The 40-year-old Haye (28-4, 26 KO) hasn’t fought since his second loss to Tony Bellew in 2018, while the 38-year-old Fournier (9-0, 9 KO) is a novice light heavyweight more suited to fighting club guys and reggaeton musicians.

Still sanctioned and always sanctioned are the matchups between MMA legends Anderson Silva and Tito Ortiz, and the actual pretty normal boxing matchup between Andy Vences and Jono Carroll.