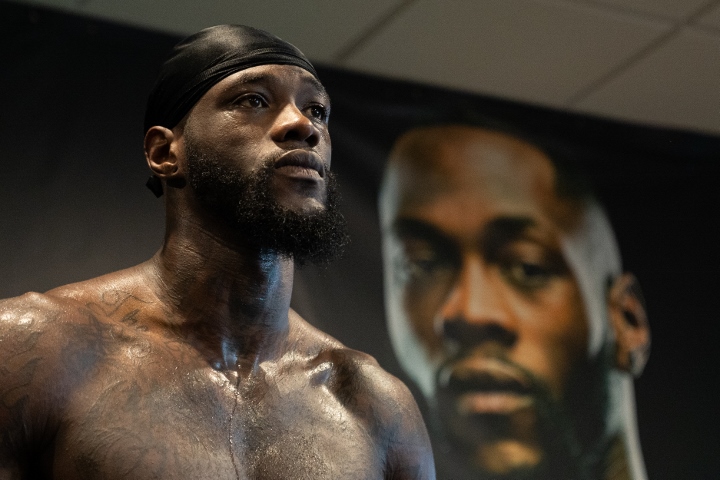 Frank Warren, the co-promoter of WBC heavyweight champion Tyson Fury, is not expecting to see a “new version” of Deontay Wilder in the upcoming trilogy bout. (photo by Ryan Hafey)

Fury will face Wilder for a third time on October 9 at the T-Mobile Arena in Las Vegas.

Their first bout, in December of 2018, ended in a controversial twelve round split draw.

The rematch, which took place in February 2020, saw Fury stop Wilder in seven rounds to capture the WBC title.

In the aftermath, Wilder made several changes to his team – including the dismissal of co-trainer Mark Breland.

Wilder has been training since the start of the year with new head trainer, former opponent Malik Scott.

He vowed to showcase a new version of himself in the trilogy.

“You can’t change this guy [Wilder],” Warren told Talk Sport. “You’re not going to turn him into a boxer, he’s too old.

“We know he’s dangerous and I think it’s exciting… the only way he can beat Tyson Fury is to knock him over, he’s not going to outbox him.

“I think from the first round he’s going to try and put it on him. That’s the only chance he’s got and if he does that it also plays into Tyson’s hands as we saw in the last fight. Tyson going forward and throwing bombs as well – Tyson’s got a good chin. If it’s a shootout I’d still back Tyson.”

Should he win, Fury has mentioned the possibility of fighting on a date in December in the UK – with Dillian Whyte as a potential opponent.

“He [Fury] said he wants to fight in the UK in December,” Warren said. “I think we have to see what happens on October 9 first. But that’s a great possibility if he comes through it.