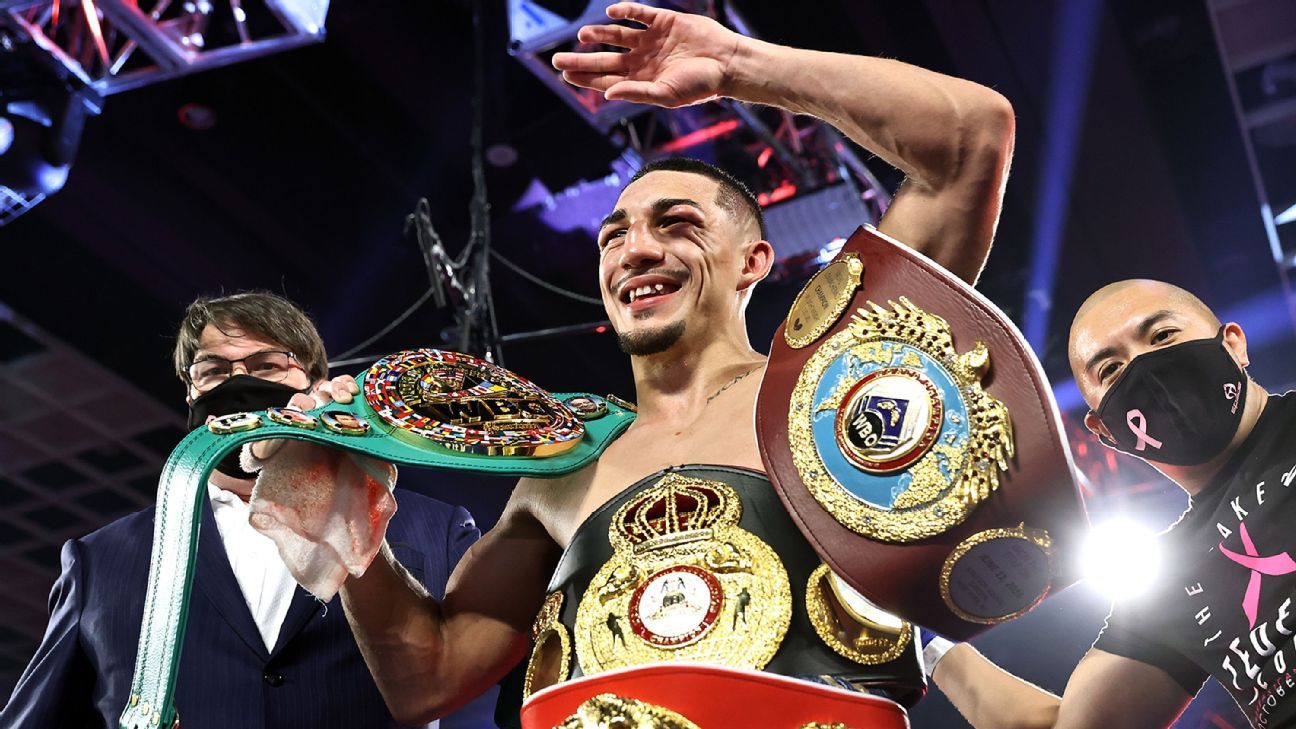 Teofimo Lopez is exploring moving up divisions after his lightweight title fight against George Kambosos Jr. on Oct. 4 in New York City, and he said in an interview with ESPN on Friday night that he has no plans to schedule a rematch with Vasiliy Lomachenko.

Lopez has expressed interest in moving up to 140 pounds, where Josh Taylor is the unified champion, and starting to fight there.

“I did everything at 135, became undisputed,” Lopez said during the interview. “Now it’s about going to 140, becoming undisputed at 140, God willing, and just continue on.”

He wouldn’t be the first high-profile fighter to consider fighting at 140 pounds, as Gervonta Davis also said he’s considering a move up there after making his 140-pound debut in June, beating Mario Barrios in Atlanta.

Lopez also stressed he had no interest in a second fight with Lomachenko. Lopez beat Lomachenko by unanimous decision in his last fight in October 2020.

“Everything happened for its reasons. That’s really it. That’s I beat the man that everybody said was the man. When the going went tough, he backed off.

“So now it’s all about staying forward on it.”

Lopez said he’s instead focusing on fighting the new generation of fighters and said he would fight anyone but that “it’s up to them.”

Beating Lomachenko vaulted Lopez (16-0, 12 KO) into another level of fame. He was initially supposed to fight Kambosos earlier this year, but Lopez contracted COVID-19, pushing it back to October.

Lopez said he would like to fight in November despite fighting Kambosos in October. He mentioned the possibility of Taylor; however, that seems unlikely considering Taylor is scheduled to defend his titles against Jack Catterall in Scotland in December.