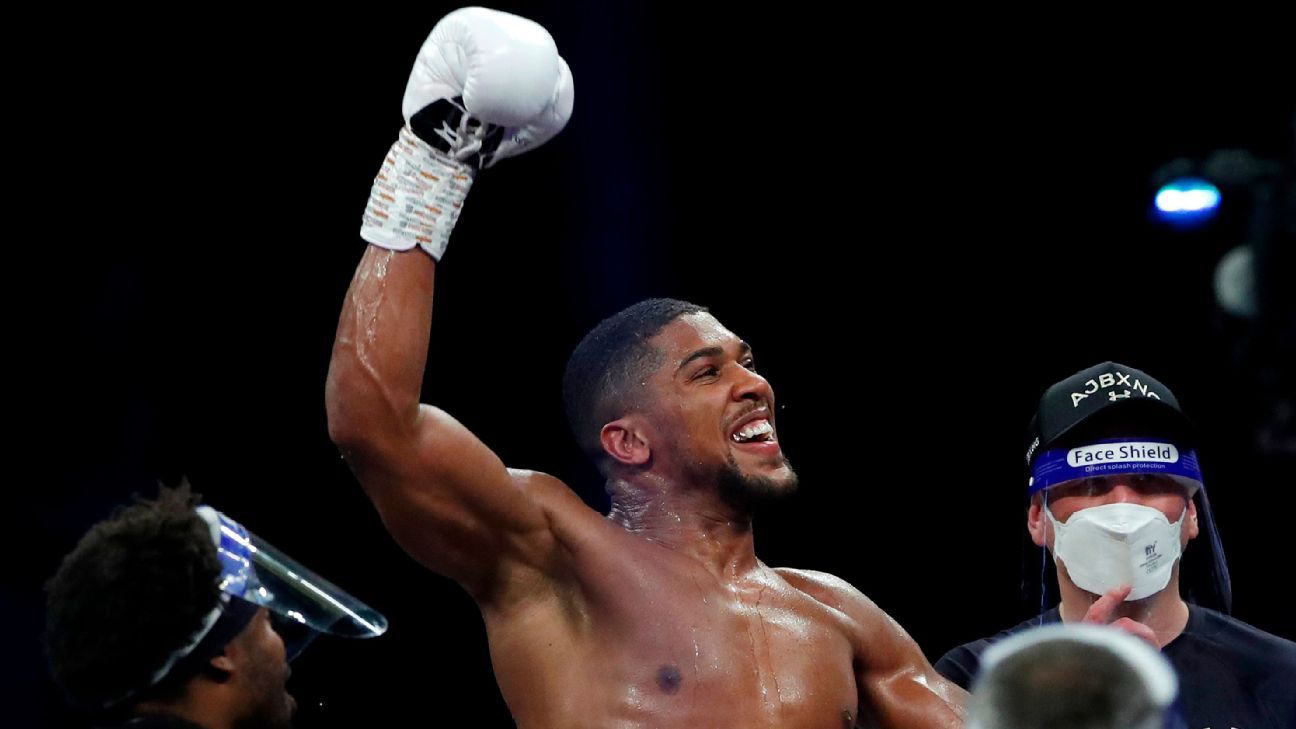 Anthony Joshua has welcomed Tyson Fury’s declaration that he still wants to fight him next year.

Hopes for Joshua-Fury — reportedly worth £200 million — fell apart when an arbitration hearing in the United States ruled that Deontay Wilder was owed a third fight with Fury.

Both will instead fight different opponents over the next month. WBA-IBF-WBO champion Joshua faces Oleksandr Usyk on Sept. 25, while Fury defends his WBC title against Deontay Wilder on Oct. 9.

“Let’s get it on,” Joshua told reporters. “What an honour it would be to fight Tyson, get another great fighter on my record, beat him, and then we would move forward. I’d love that opportunity.

“We were close to doing it, [promoter] Matchroom did a great job, managing an heavyweight undisputed championship of the world fight during a pandemic. We were a couple of weeks away and then it came to an end unfortunately.

“It would have been one of the biggest boxing fights in history. Yeah, we’ll get it on at some stage, we’re professional.

“That didn’t happen, but look where we are now, Joshua versus Usyk. It’s probably bigger or just as big as that fight.”

Joshua faces Ukrainian Usyk in front of a sellout crowd of 60,000 fans at Tottenham Hotspur Stadium, London, which will be televised by Sky Sports in the UK and DAZN in the United States.

Both Joshua and Usyk (18-0, 13 KOs), 34, won gold medals at the 2012 Olympics at super-heavyweight and heavyweight respectively and the Ukrainian is a former undisputed world cruiserweight champion.

It’s a tough fight for Joshua, but the English boxer is not shying away from the potential of fighting Fury next year should he make a second title defence in his second reign as champion.

Joshua is not put off trying to make the Fury fight again after discussions collapsed in May and he had to change his plans for this year.

“He’s someone who pulls out of fights,” Joshua said. “Even with the Wilder situation it happened again.

“Good luck to him and we’ll see him some time. Whenever he’s ready, we’ll be here waiting.”