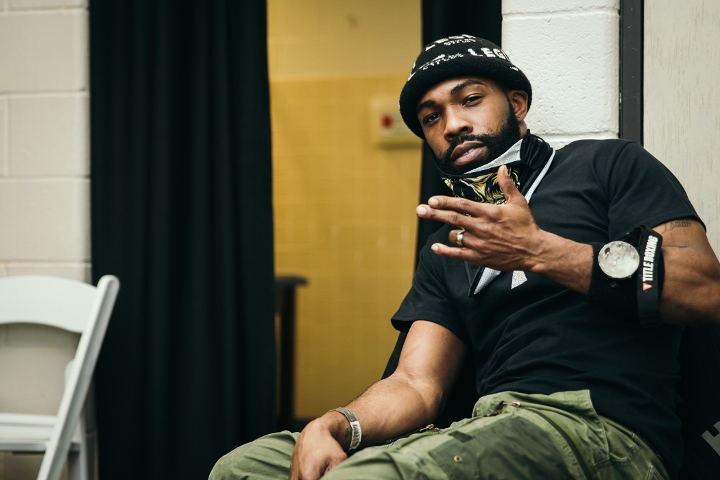 LAS VEGAS – Mark Magsayo is open to fighting any of boxing’s featherweight champions.

His preference, however, is to test himself against Gary Russell Jr., the long-reigning WBC 126-pound champion. Magsayo’s spectacular knockout of Julio Ceja last month at T-Mobile Arena improved his status with the WBC because their scheduled 12-round fight was a WBC elimination match.

“I want the WBC title, of course,” Magsayo told BoxingScene.com. “If Gary Russell’s not moving up, I want to fight him. If I have an opportunity to fight Gary Russell, then my dream fight would come true.”

The 32-year-old Russell has held the same world title longer than any recognized champion in boxing. The highly skilled southpaw won his WBC belt from Mexico’s Jhonny Gonzalez, who Russell stopped in the fourth round of their March 2015 bout, but he has made only five title defenses in nearly 6½ years.

Russell (31-1, 18 KOs), a 2008 U.S. Olympian from Capitol Heights, Maryland, hasn’t fought since he made a mandatory defense against Mongolia’s Tugstsogt Nyambayar in February 2020 at PPL Center in Allentown, Pennsylvania. Russell out-pointed a then-unbeaten Nyambayar (12-2, 9 KOs) unanimously in that 12-round bout.

“Because he fights once a year,” a laughing Magsayo said, “that’s why he has held the title the longest.”

The 26-year-old Magsayo, who is promoted by Pacquiao’s company, also is ranked third by the WBO and fourth by the IBF. Mexico’s Emanuel Navarrete (34-1, 29 KOs) owns the WBO belt and England’s Kid Galahad (28-1, 17 KOs) is the IBF champion.

Whoever he fights next, Magsayo enhanced his stock by viciously knocking out Ceja early in the 10th round on the pay-per-view portion of the Manny Pacquiao-Yordenis Ugas undercard. Mexico’s Ceja (32-5-1, 28 KOs) dropped Magsayo toward the end of the fifth round and was ahead on all three scorecards – 87-82, 86-83 and 86-83 – when Magsayo crushed Ceja with a right hand that knocked the former WBC interim 122-pound champion unconscious.

Ceja spent a night at Valley Hospital Medical Center as a precautionary measure, but he was released the following day.

‘AFTER CONOR BENN, AM I STILL THE BAD GUY?’ – Eubank Jr readies for GGG & Dismisses Smith
Boxing streaming and TV schedule for Jan. 25-28
Benavidez vs Plant Is ON for March 25 on SHOWTIME PPV in Las Vegas
‘When I do hurt him… I’ll finish the job’ Anthony Yarde is ready to put on show 🆚 Artur Beterbiev
Matias vs Ponce SHO tripleheader official for Feb. 25 at The Armory