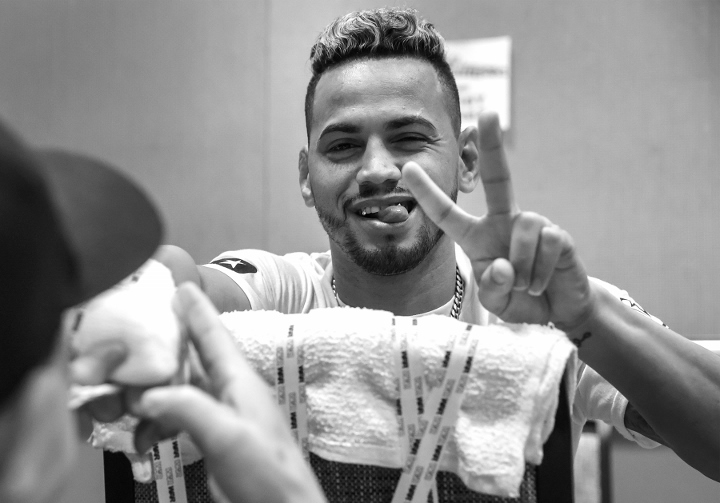 Orlando ‘Capu’ Gonzalez has spent all year in search of a step-up fight. His wish was not only granted but will serve as part of one of the biggest cards of the year.

Ramirez (7-1, 4KOs) has won seven straight following a stunning split decision loss to Adan Gonzalez in his August 2019 pro debut. The Cuban southpaw has since avenged that loss, soundly outpointing Gonzalez in their rematch last July at MGM Grand Conference Center in Las Vegas. Ramirez—who now lives and trains in Florida—has added three wins following the feat, including a six-round shutout of Ryan Lee Allen in his most recent start this past May.

The bout with Gonzalez (17-0, 10KOs) will mark the sixth in a row in Las Vegas for Ramirez, who won Gold medals for Cuba in 2012 London and 2016 Rio—defeating Michael Conlan, Tugstsogt Nyambayar, Murodjon Akhmadaliev (now the unified WBA/IBF junior featherweight titlist) and Shakur Stevenson en route to his two Gold medal hauls.

Gonzalez fights for just the second time in Vegas. The 26-year-old from Aguadilla, Puerto Rico went the distance in an eight-round win over Luis Porozo last June at MGM Grand Conference Center, with the bulk of his career having taken place either in P.R. or Central Florida.

In his most recent start, Gonzalez claimed an eight-round, unanimous decision win over Juan Antonio Lopez in front of a sold-out crowd packed with Boricua fans this past April at Silver Spurs Arena in Kissimmee, Florida.

Gonzalez was previously in pursuit of a clash with former junior featherweight titlist Isaac Dogboe, though such plans never materialized. The fight with Ramirez comes after the two were in talks earlier this year for a potential fight this summer, though coming to terms after the offer came back around for both parties. The timing worked out well, as Fury and Wilder were originally due to fight July 24 at this very venue. The event was postponed by nearly three months after Fury was forced to withdraw after testing positive for Covid.