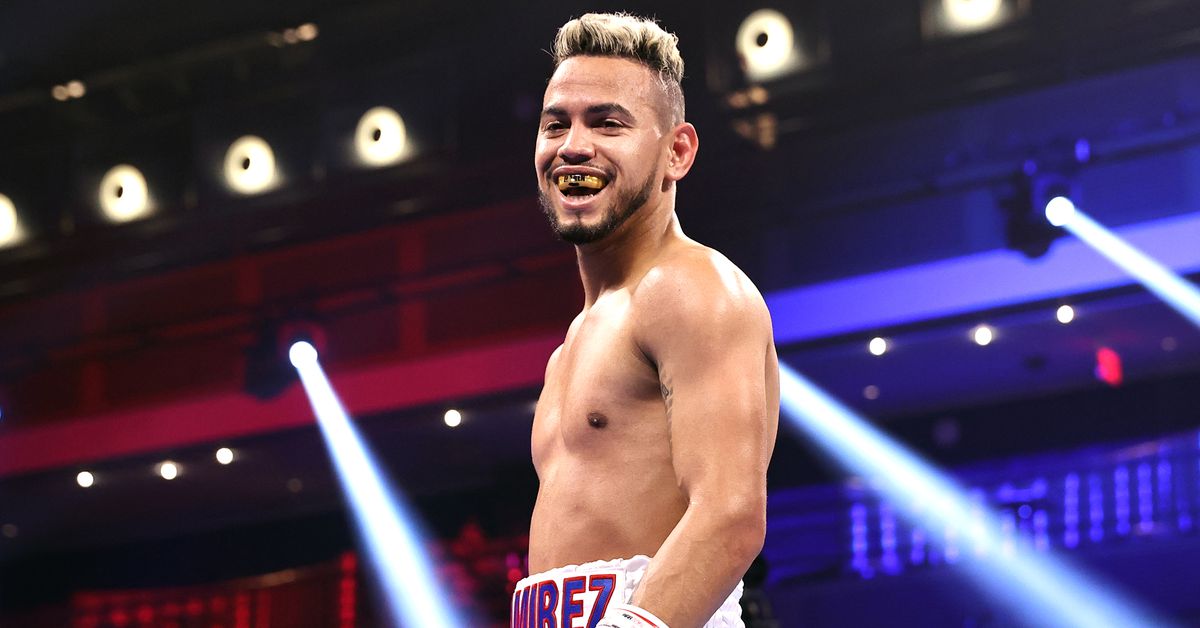 Top Rank initially aimed to stage the bout a week later on their Emanuel Navarrete vs. Joet Gonzalez card. Instead, it joins an undercard that also includes Edgar Berlanga vs. Marcelo Esteban Coceres.

The 27-year-old Ramirez (7-1, 4 KO) has stayed impressively busy since his disastrous 2019 debut loss to Adan Gonzales, fighting five times in 2020 alone and sweeping Gonzales on the scorecards in their rematch. He last say action in May, cruising past Ryan Lee Allen on the Taylor-Ramirez undercard.

26-year-old “Capu” Gonzalez (17-0, 10 KO), another decorated amateur, graduated to eight-rounders last year and has proven as dominant as ever against limited competition. He’ll be taking the greater step up between the two.

I’m always keen to see prospects duke it out, and both men are young enough to turn things back around in case of defeat. Go for it, lads.