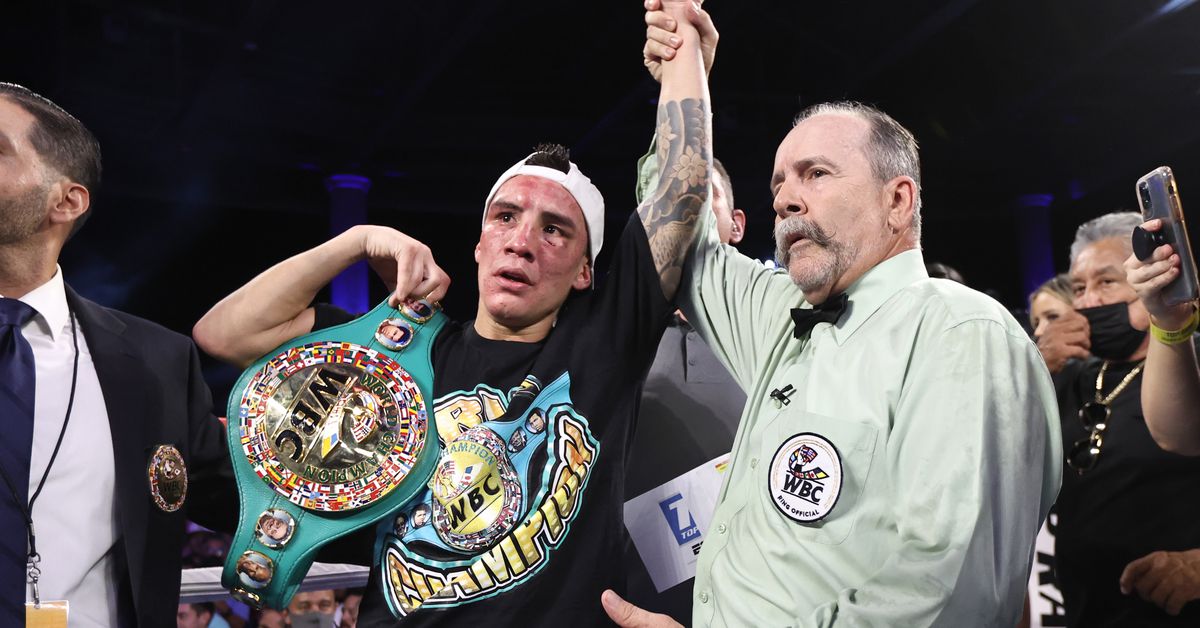 A day after his points win over Robson Conceicao, WBC titleholder Oscar Valdez takes some questions from Fight Hub TV about how he’s feeling now that he’s got this win under his belt and he looks towards bigger bouts. Check out some excerpts of what Valdez had to say below.

“Well, it’s not to rest 100% but I did feel the love and support of my people all over, from Sonora all the way to Arizona and everyone just showed tremendous love and it was a very happy moment. I really wish I could’ve gave them a better fight, it wasn’t my best performance. The guy in front of me is obviously a great fighter. He did what he had to do to last all 12 rounds but it was a special moment for me.

“I should have done things different in the ring but I think I should’ve been more focused. I tried to focus as much as possible but there was a lot of negativity here and there, everywhere. Even right before the fight they kept on asking the same question about the whole situation about testing positive…

“Once I came out to the crowd that kind of went away…as soon as I came out all that negativity went away. I was just trying to focus as much as possible on the fight. It was a complicated fight but the most important thing is we got the victory and move on to bigger and better things.”

On what he wants to do next

“I’ll rest for pretty much a week and from then on I’ll start training again. And Bob Arum was in the ring and he said there’s a big fight coming up in 2022 — the winner of Jamel Herring-Shakur Stevenson. So looking forward to that. That question was being asked way before this fight and I said ‘I got to take this fight seriously because it’s gonna be a tough fight. I can’t take that fight lightly.’ And we all saw that he was tough.”