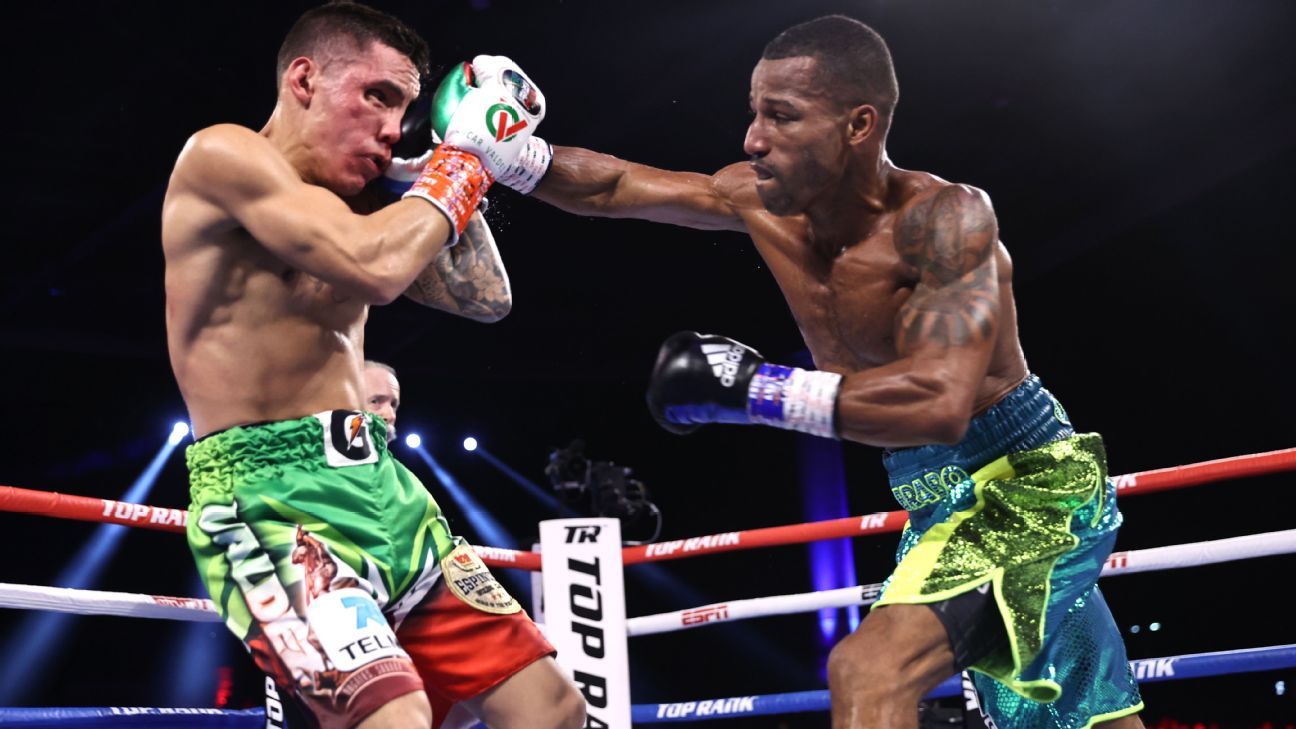 Robson Conceicao has filed a complaint with the WBC following his unanimous-decision defeat to Oscar Valdez on Friday in Tucson, Arizona, his manager, Sergio Batarelli, told ESPN.

Among the grievances: the officiating, the judging and the fact Valdez was allowed to retain his title despite testing positive for the banned substance phentermine last month.

The WBC uses the Voluntary Anti-Doping Association for its Clean Boxing Program; VADA lists phentermine, a stimulant, as a banned substance. Regardless, the WBC allowed Valdez to retain his title and the Pascua Yaqui Tribe Commission let him fight.

Blea, who scored just three rounds for Conceicao, released a statement Monday through the WBC saying “the 117-110 score is not accurate and does not represent the actions in the ring.”

Blea said he erred by not scoring two rounds where he didn’t find a clear winner 10-10, instead scoring those for Valdez, giving the champion the benefit in close rounds (something judges aren’t supposed to do). Blea also said the crowd noise influenced him. Valdez has adopted Tucson as his hometown, and there were more than 4,500 fans in attendance.

After viewing the bout on ESPN+, Blea now believes Valdez won the fight 115-112 or even 114-113.The judge said he has reached out to officials at the WBC to “undergo a thorough training and review program and will not accept any championship assignments until I complete this process.”

Batarelli also reached out to the WBC, but in a very different manner. He filed the complaint with Sulaiman on Monday morning and is looking for an immediate rematch, or short of that, a No. 1 ranking for Conceicao.

He called referee Tony Zaino’s performance “biased,” clearly a reference to his questionable decision to deduct one point from Conceicao in Round 9 for hitting behind the head. It appeared to be a light tap and there was no stern warning beforehand. Later on, Valdez landed a stiff rabbit punch but was simply warned.

Batarelli pointed out that there wasn’t a single round where Conceicao was outlanded by Valdez, per CompuBox. Of course, there’s far more to scoring than simply who landed more punches.

“It’s a joke,” Batarelli said. “…This guy is not qualified to judge a world-title [fight]. Who appointed him? This all is a f—ing mess. It’s a f—ing joke.

“Why do you need a drug test if the guys can run over when it’s good for them?” he added. “It’s not fair. It’s really not fair. I hope Sulaiman considers my complaint. … In Brazil, all the press is talking about this. …It’s hard.”

Without the curious point dedication, Valdez would have won seven rounds to five against the 9-1 underdog, or 115-113. ESPN scored the bout in favor of Conceicao, 114-113. Without the deduction, Blea believes the fight was a Valdez victory, seven to five, or a draw.

Valdez, a 30-year-old Mexican, won the 130-pound title with a brutal knockout of Miguel Berchelt in February. Conceicao, a 32-year-old Brazilian, was competing in his first high-profile bout. The Olympic gold medalist defeated Valdez in the amateurs.