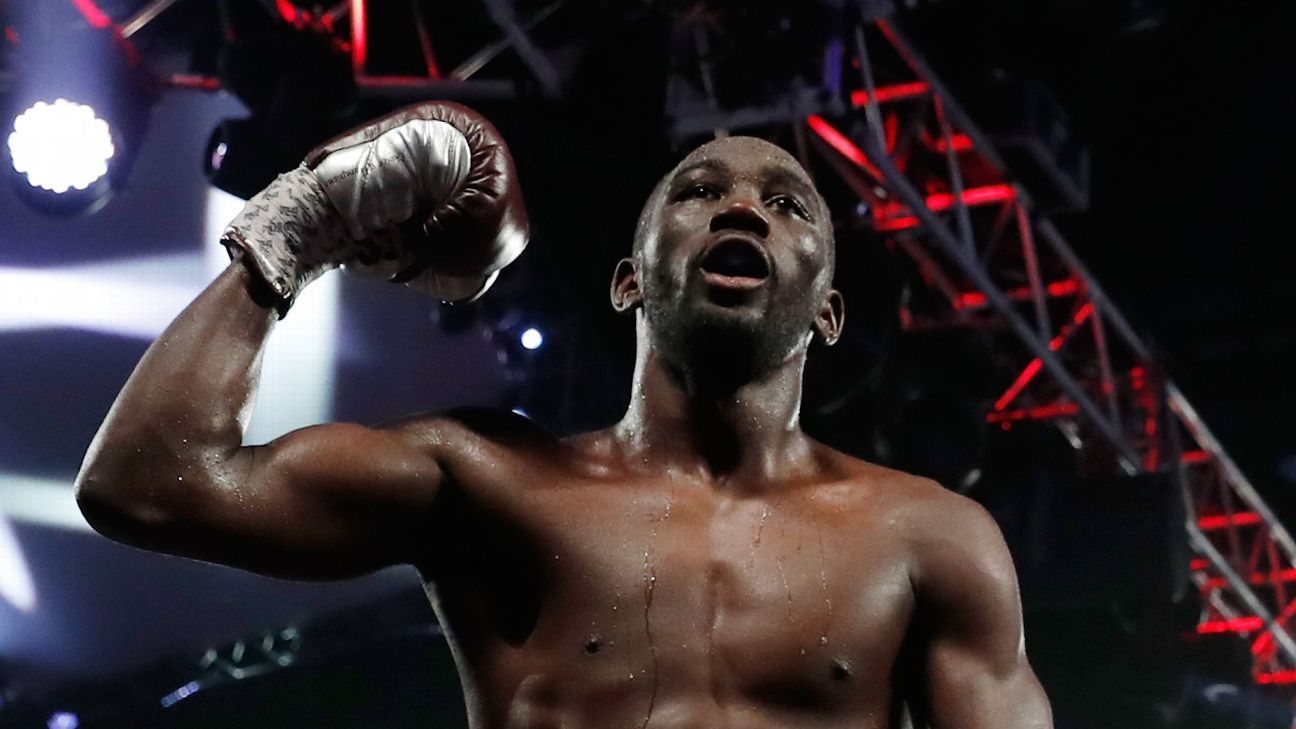 Terence Crawford finally has the big fight he’s been looking for.

Crawford, ESPN’s No. 2 pound-for-pound boxer, and Shawn Porter have struck a deal for a welterweight title fight on Nov. 20 at Las Vegas’ Mandalay Bay on ESPN+ pay-per-view, multiple sources tell ESPN, avoiding a purse bid scheduled for noon ET where the rights to the fight were set to be auctioned.

The pact ends weeks of negotiations between Top Rank, which promotes Crawford, and PBC, which handles Porter. The two sides rarely do business, a pair of fights between Tyson Fury and Deontay Wilder an exception.

Unlike those fights, this will not be a joint pay-per-view with Fox, the network that has an exclusive deal with PBC. Top Rank will promote and lead the event in association with PBC. The Porter fight is the last on Crawford’s multiyear deal with Top Rank.

Crawford (37-0, 28 KOs) will be making the fifth defense of the 147-pound title he won from Jeff Horn in June 2018. Since that first fight at welterweight, Crawford has pined for a fight against a fellow top-flight boxer, but it never materialized. The issue was that virtually every boxer in the deep welterweight division was aligned with Al Haymon, who rarely does business with Bob Arum.

The WBO’s mandate that Crawford and Porter must fight broke the stalemate, and then Top Rank and PBC surprisingly finalized a deal before the purse bid.

“I’m very excited,” Crawford, 33, told ESPN. “Now I can show my talent and maybe I can show something for the general public, something that they’ve never seen before. Because I don’t believe that I’ve showed them my best yet.”

Indeed, Crawford’s talent has never been questioned, a switch-hitting fighter who can box going backward and forward. The Omaha, Nebraska, native has it all: an excellent jab, power, ring IQ, and the killer instinct to finish his foes.

What he was missing all along: an elite opponent. His best opposition to date is Viktor Postol, a tricky former champion Crawford dominated via decision in 2016. In Porter, he’ll face by far the best opponent of his career.

Porter, a 33-year-old native of Akron, Ohio, is a two-time welterweight champion, a relentless pressure fighter known for his strength and grit. His experience on the top level dwarves Crawford’s, with title fights against Spence, Thurman, Garcia and Yordenis Ugas.

Porter is 2-2 in those fights, but all four bouts were incredibly close on the scorecards. The loss to Spence, in particular, proved Porter’s ability at the elite level; he was virtually even on the scorecards until a 10th-round knockdown from Spence in one of 2019’s best action fights. Porter believes that vast edge in experience is one of the keys to the fight.

“It’s extremely big … experience means nothing if you don’t use it, but my record speaks for itself,” Porter (31-3-1, 17 KOs) told ESPN on Saturday. “Everyone’s seen what I’ve done, every experience that I’ve had, I’ve held onto them and I’ve used them to my advantage.