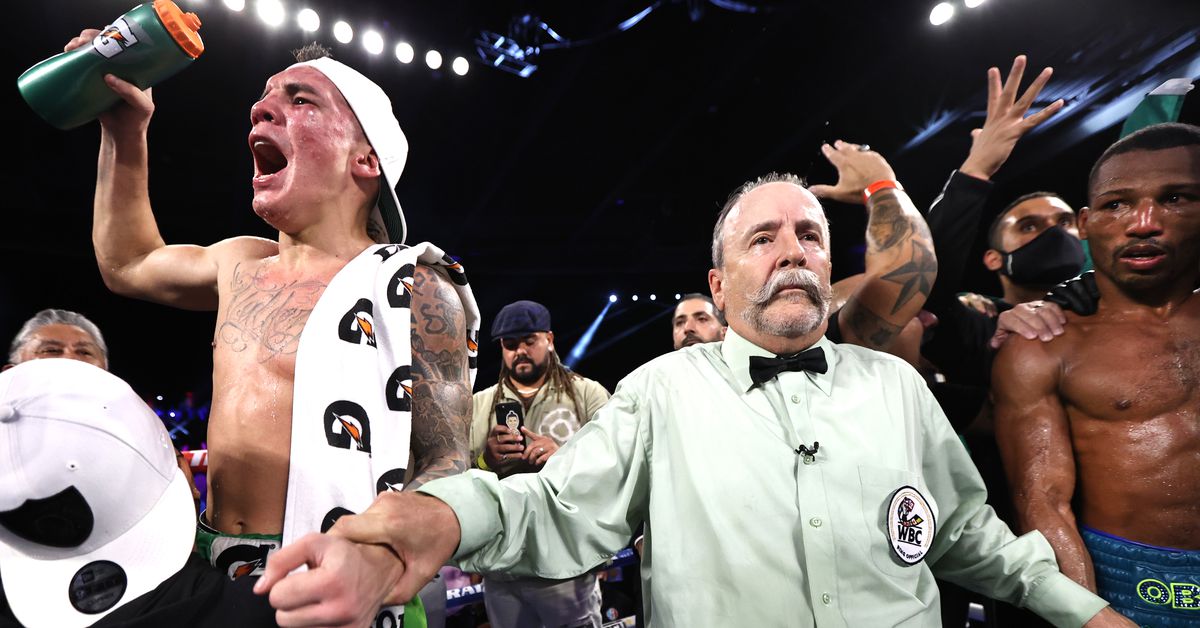 Virtually everyone saw Oscar Valdez’s gritty, back-and-forth title defense against Robson Conceicao last Friday as an extremely close bout that could have gone either away. Judge Stephen Blea disagreed, scoring the fight 117-110 for the champion where his compatriots turned in scores of 115-112.

In an extremely rare move, Blea has released a statement apologizing for the score, voluntarily removing himself from any championship assignments until he undergoes a “thorough training and review program.”

After reviewing the fight on TV and scoring it “115-112 or even a 114-113” for Valdez (30-0, 23 KO), Blea cites a number of issues with his performance, including giving Valdez rounds that should have been 10-10 and an inability to deal with both crowd noise and crowding. He points out that he gave three of the first four rounds to Valdez despite Conceicao (16-1, 8 KO) seemingly controlling the action early before fading under the champion’s pressure late.

I genuinely commend Blea for this move; it takes a big individual to acknowledge their mistakes and take the steps necessary to ensure they don’t happen nagain. We’ve seen tons of judges turn in inexplicably bad scorecards and just keep on trucking like nothing happened, so this is very refreshing.

Photos: Arnold Barboza, Jose Pedraza – Set For Crossroads Battle
If Joshua can’t get a title fight, he’d consider Ngannou
What’s next for Navarrete if he wins the 130-pound title? Is interest waning for Spence-Crawford?
Tyson Fury On Demetrius Andrade: “He’s The Most Avoided Man In All Of Boxing Today”
Ring Masters Championships: The Road To The Garden 2023