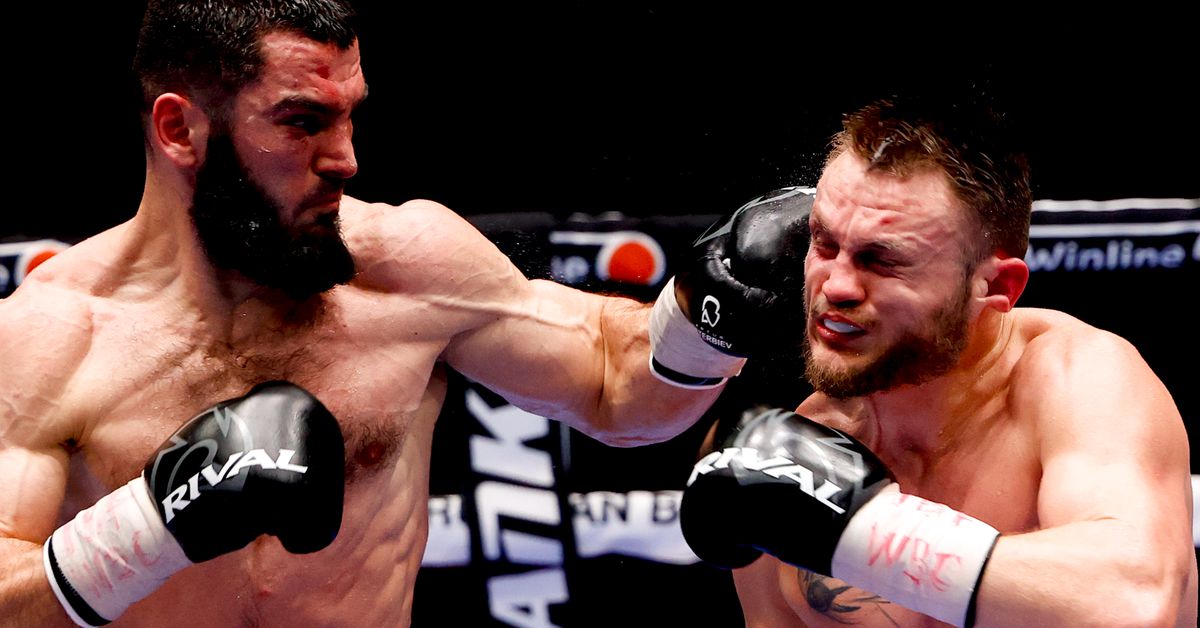 Terence Crawford vs. Shawn Porter won’t be the only Top Rank/PBC collaboration on the schedule. The WBC has announced that Friday’s purse bid between light heavyweight champ Artur Beterbiev and mandatory challenger Marcus Browne has been pushed back to September 28th by mutual request.

Dan Rafael and Julius Julianis report that the promoters were too busy trying to get Crawford-Porter over the finish line to hash this one out.

Beterbiev (16-0, 16 KO) last saw action in March, knocking out Adam Deines to shake off more than a year of rust. This was supposed to set up a clash with Joe Smith Jr. after his WBO title-winning decision over Maxim Vlasov, but the Long Island native instead signed on to face mandatory challenger Maxim Vlasov and fellow New Yorker Daniel Jacobs in succession.

Thus, Browne (24-1, 16 KO) gets the call. It’s not entirely clear why he’s the mandatory challenger; he won the “silver” title against Badou Jack in 2019, but lost it to Jean Pascal eight months later, and his only victory since came over the grievously overcooked Denis Grachev. It’s not like Mauricio Sulaiman’s ever been beholden to his own rules, though, so whatever.