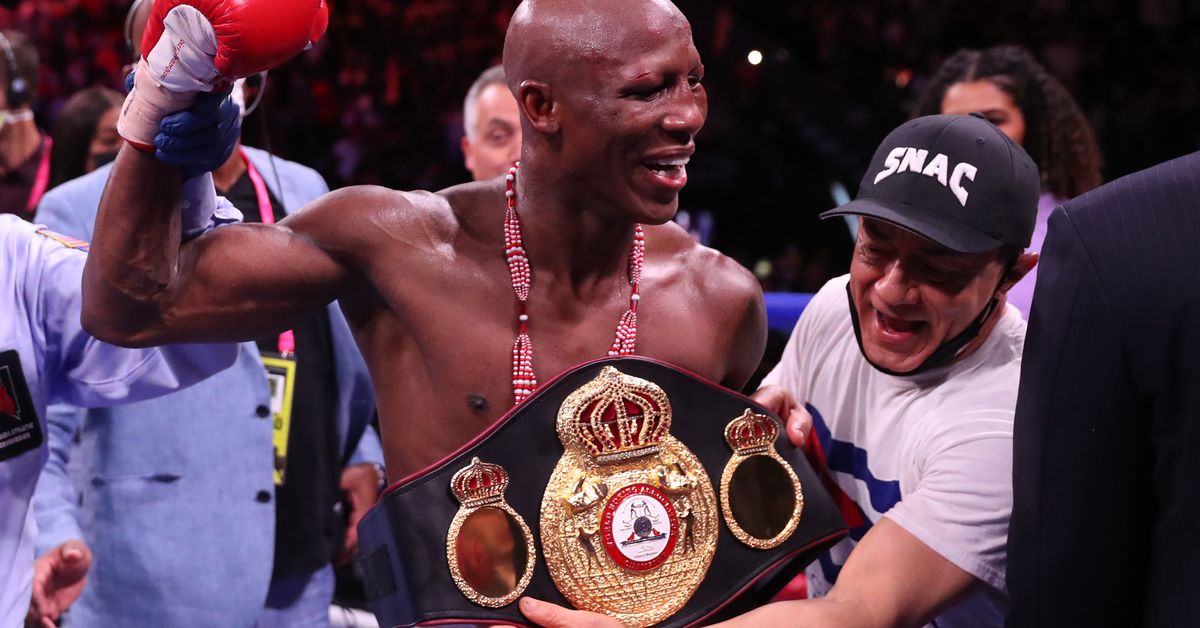 The WBA announced on Thursday their plan to reduce the number of redundant titles, this time in the welterweight division. To that end, they have ordered their champion Yordenis Ugas to face Eimantas Stanionis by January 13, 2022, and their secondary belt-holder Jamal James to face mandatory challenger Radzhab Butaev before November 2021. The winners would theoretically meet by March 2022, for the honor of being the WBA’s lone welterweight champion.

Ugas (27-4, 12 KO) is coming off an impressive unanimous decision victory over Manny Pacquiao in August to retain the WBA welterweight title, while Stanionis (13-0, 9 KO) was involved in a disappointing no-decision against veteran Luis Collazo after a brutal clash of heads in the fourth round left Collazo unable to carry on. Incidentally, that fight headlined the card featuring the robbery of Mykal Fox in his fight against Gabriel Maestre, which prompted the WBA’s new-found crisis of conscience.

If it comes off as planned, this is an excellent stylistic matchup featuring a slick, disciplined boxer in the champion Ugas versus a hard-punching pressure fighter in Stanionis.

James (27-1, 12 KO) will hope to upgrade his ‘regular’ championship to the title currently being held by Ugas, against whom he suffered his only professional loss in 2016. But first, he will need to take on Butaev (13-0, 10 KO) who earned his position as mandatory challenger in a hard-fought loss to Alexander Besputin in 2019 that was later converted to a no-decision when Besputin tested positive for banned substances.

This too should be a competitive, entertaining fight, with the winner earning his first title opportunity early next year if the plan comes to fruition. For the WBA, pulling this off would be a good step towards redemption.

“The world’s oldest body continues working on its title reduction plan at the request of the fans and the press. The WBA believes it is going in the right direction and is making every effort to fulfill the plan.”