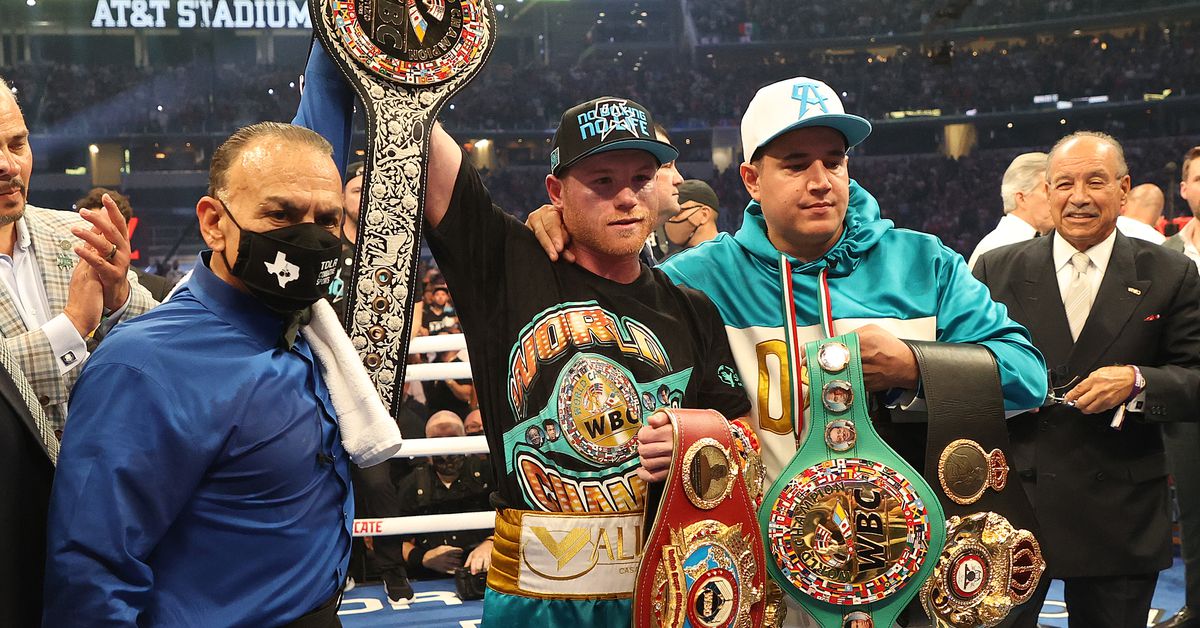 According to sources cited by Mike Coppinger, the undisputed 168lb title fight between Canelo Alvarez and Caleb Plant will officially headline a Showtime PPV event set for November 6th in Las Vegas. Anyway, we obviously already knew that Canelo and Plant agreed to terms for the fight, but now we know exactly where the fight will air — and if you had any hopes of skirting a paywall you can forget that immediately. No word on the specific price point at this time, but considering the current market it’s probably safe to assume it won’t be less than about $75.

Canelo (56-1-2, 38 KOs) has been on a professional tear lately, climbing the ranks to be recognized as the best pound-for-pound fighter in the sport by most accounts. Canelo most recently made a statement by stopping Billy Joe Saunders to win three of the four major titles at 168, with Caleb Plant holding the last remaining belt.

Plant (21-0, 12 KOs) will have his biggest test since taking on Jose Uzcategui in 2019 to win the IBF title, but has since faced less than inspiring opposition while maintaining his championship status. Plant has since been quite vocal about his disdain for Canelo Alvarez and his team which should only serve to help sell this fight, but he’ll have to account for his words once he has to face Canelo opposite him between the ropes.