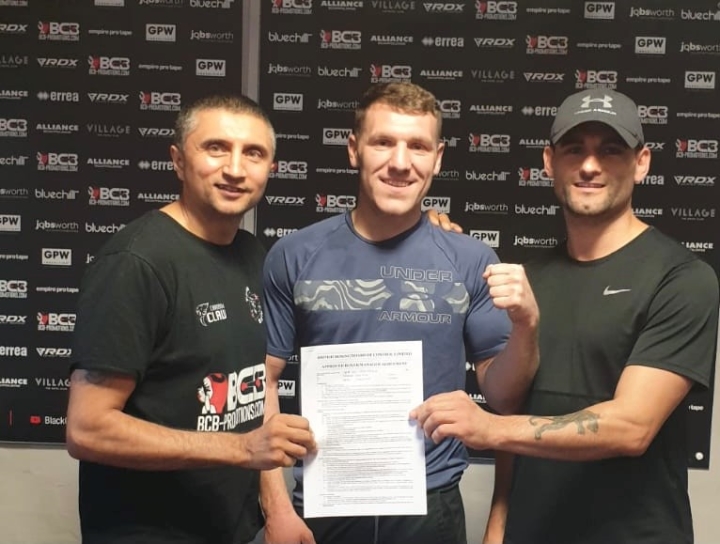 The 24-year-old lightweight will continue to train with one of BCB’s favorite sons, Martin Gethin, and has signed a management contract with BCB.

Cooper, ‘the Coalpool Warrior’, raced to a perfect 9-0 record after turning professional in 2017 and picked up the WBO Youth Lightweight Title with a career-best victory over Boy Jones on the undercard of Billy Joe Saunders’ WBO Super Middleweight victory over Shefat Isufi at the Lamex Stadium in 2019.

A defeat to Jack O’Keefe for the Midlands Area Lightweight Title followed before he returned to winning ways with a victory over Jamie Quinn.

Last time out, Cooper suffered only a second career loss against undefeated Mark Chamberlain live on BT in a behind-closed-doors bout.

Now though, with crowds returning, Cooper is looking forward to making up for lost time and will be back in action at the H Suite, Edgbaston, in October.

“I can’t wait to get going,” he said. “I’ve had a few months out with injury but I’m fully fit now and ready to go.

“I came to the conclusion that I needed a change in my boxing career and I’m delighted to be working with BCB. I can’t wait to see what fights are ahead of me.

“I’m now fighting fit and looking forward to being back in that ring on 17th October.”

“I’m pleased to have Shaun on board,” added BCB’s Head of Boxing, Errol Johnson. “He’s a Black Country lad so it makes sense that he’s signed with BCB.

“I trained and managed Martin (Gethin) and together we had great success. He was a Midlands, English and British Champion and, if he and I can be as successful working together on the other side of the ropes; it will be some journey for Shaun.”

Artur Beterbiev vs. Anthony Yarde – CompuBox Punch Stats
Overcoming Artur Beterbiev is Anthony Yarde’s toughest challenge yet, but he’s entering the ring without fear
Dillian Whyte Wants Both Boxing, MMA Fight With Francis Ngannou: ‘I Would Bash Him’
Despite His Defeat, Richardson Hitchins Is Still Willing To Take On Montana Love
Woman sues Tyson, says he raped her in 1990s