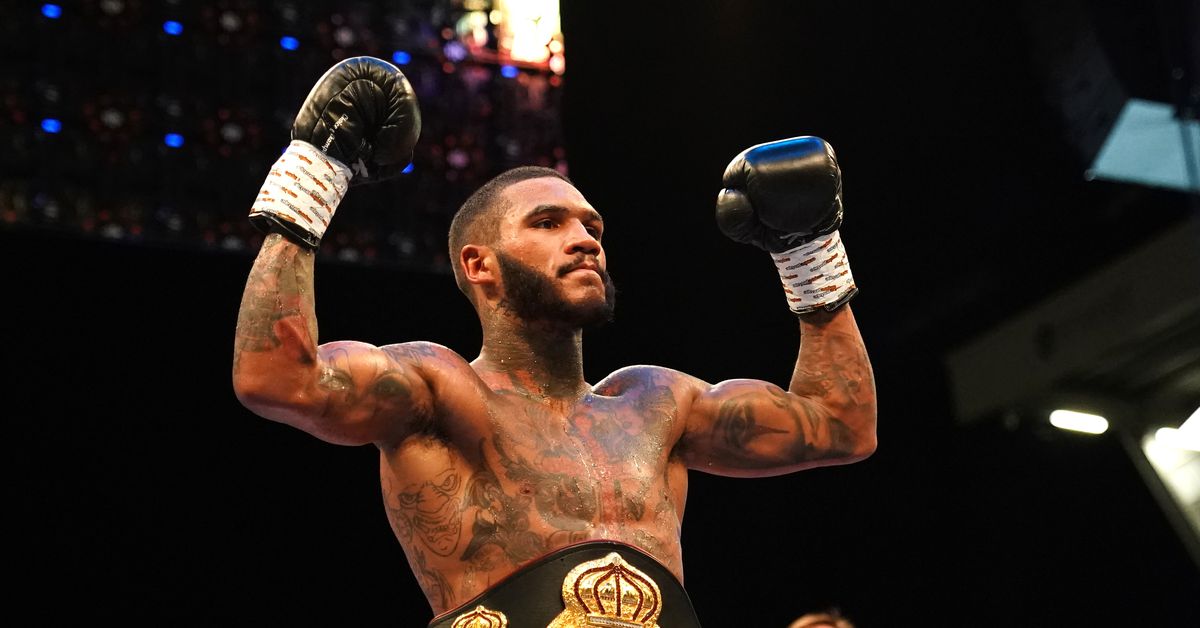 Conor Benn has signed a new multi-fight deal with Matchroom Boxing, as the rising welterweight star comes off of a Sept. 4 win over Adrian Granados in Leeds, England.

“I am extremely excited to extend my professional relationship with Matchroom Boxing,” said Benn. “Matchroom believed in me from the start, they gave me an amazing opportunity and have supported me to grow as a professional fighter, now with the backing of a global streaming platform in DAZN we have made huge plans to be involved in big fights, headlining major events across the globe and making progressive moves towards achieving my goal of being a world champion in the near future.”

Benn (19-0, 12 KO) is still just 24 years old, but has said he feels ready to keep stepping up the levels. Matchroom have handled him nicely, and kept faith in the second-generation fighter after an iffy six-round win over Cedrick Peynaud in 2017.

Benn has continued to improve since then, and while he’s not yet seen on the level as fellow young welterweights Vergil Ortiz Jr and Jaron “Boots” Ennis, it’s clear at this point that he’s not a fraud, either. This is a talented fighter who puts in work, and Matchroom clearly believe in his ability to become a true contender and, with his name and style, possibly a strong draw in the United Kingdom in due time.

Matchroom promoter Eddie Hearn already has a return in sight for Benn, too.

“I’m delighted to sign a new multi-fight promotional deal with Conor Benn,” said Hearn. “I’ve witnessed first hand how hard this young man has worked and he now sits as a major player in British boxing. His next fight will be in December and an announcement on this will be made soon.”

It’s quite possible that Benn will feature on the Joseph Parker-Derek Chisora 2 undercard, with that event set for Dec. 18 in Manchester.

The 10 biggest punchers in world boxing
Eubank will “let the dust settle” before deciding on Smith rematch
Anthony Yarde: I Wouldn’t Know What I’m Made of Without Losses
“Yarde is the special one, not Beterbiev,” says Tunde Ajayi
Roy Jones ‘Liam Smith CROSSED THE LINE & Lit A FIRE Under Eubank Jr’