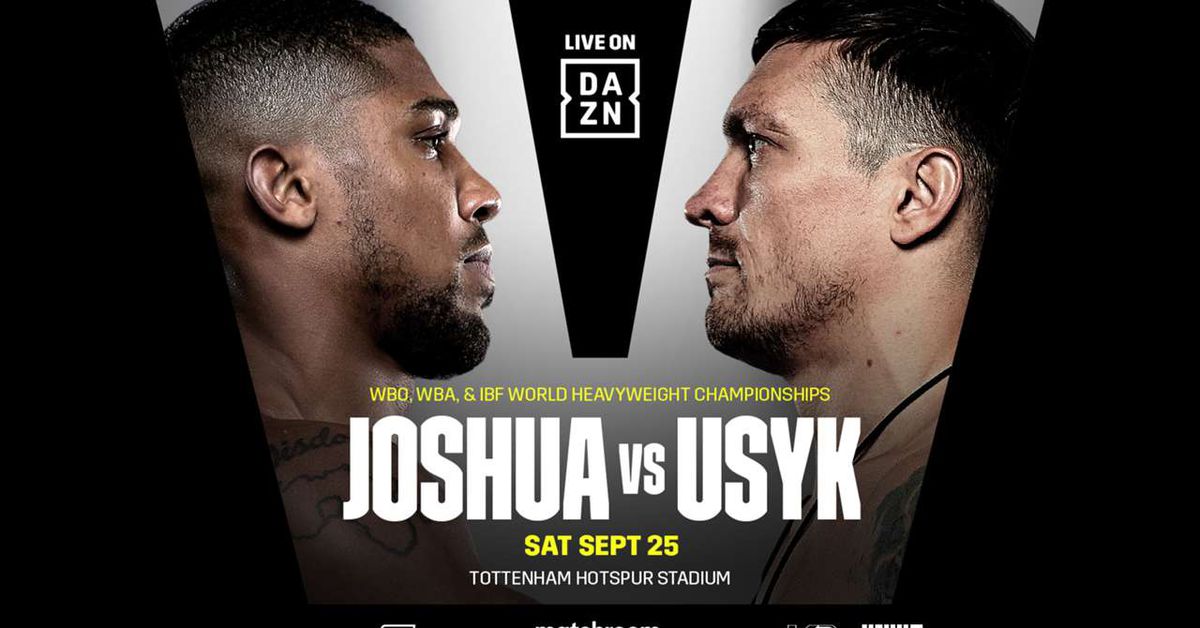 SHO, 10:35 pm ET, ShoBox: Ja’Rico O’Quinn vs Saul Sanchez. ShoBox returns with a nice looking show from Broken Arrow, Okla., featuring bantamweight prospects O’Quinn and Sanchez in a well-matched main event. We’ll also see Alejandro Guerrero face Otar Eranosyan in a 130 lb matchup, and the original “co-main” was meant to be featherweights Jayvon Garnett and Luis Reynaldo Nunez, but that’s no longer listed on BoxRec, so it may have fallen apart. The show could go ahead with two fights or they might find a new third. Either way, we’ll be here. ShoBox remains a top tier series in terms of delivering on what it’s meant to be, with — for my money — the best broadcast crew in the sport. Bad Left Hook will have live coverage.

DAZN, 2:00 pm ET, Anthony Joshua vs Oleksandr Usyk. Finally, a big damn fight again. Feels like foreeeveeeeeer. September was the shits and it’ll be great to leave it in the past. Tottenham Hotspur Stadium — which is a beautiful venue — will host this one, with Joshua defending his three heavyweight title belts (WBA, IBF, WBO) against WBO mandatory challenger Usyk. The show will also have Lawrence Okolie making his first cruiserweight title defense against Dilan Prasovic, Callum Smith moving up to 175 lbs to face Lenin Castillo, and an interesting welterweight matchup between Maxim Prodan and Florian Marku. Bad Left Hook will have live coverage.