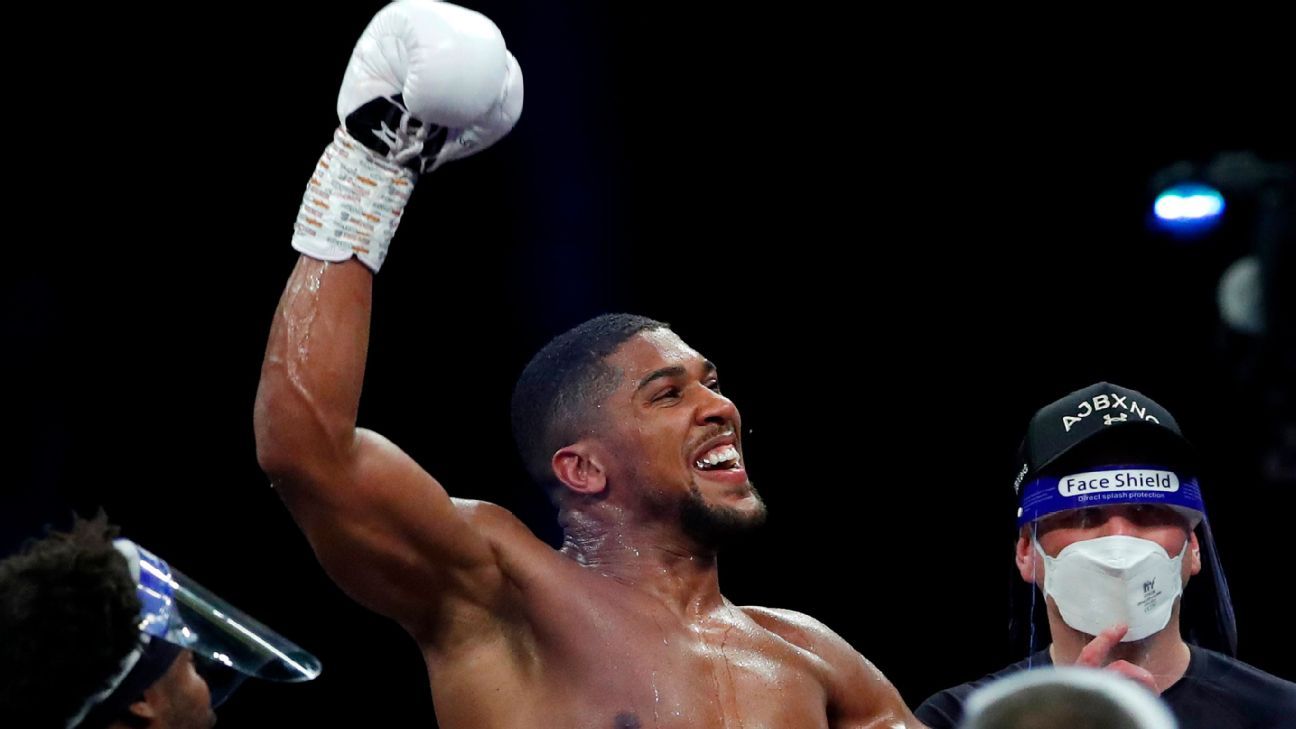 The WBA, IBF and WBO world champion puts his titles on the line for the second time of his second reign as champion in front of a sellout crowd of 60,000 at the Tottenham Hotspur Stadium in London, England.

Ukrainian Usyk (18-0, 13 KOs), 34, is a former undisputed world cruiserweight champion who, like Joshua, won gold at the 2012 OIympic Games before turning professional.

Joshua (24-1, 22 KOs), 31, who weighed 23 pounds heavier than Usyk did in their last fights, admits his challenger’s slippery skills from a southpaw stance will be the biggest threat to him, rather than Usyk’s knockout power.

“What is the biggest threat he brings to me in the boxing ring? I would say probably the southpaw stance,” Joshua said.

“He’s fought many men that are orthodox and during my process in training for a southpaw, I’ve actually learnt where my feet need to be positioned, what controls a southpaw and generally counterpunches. His biggest threat is he’s used to seeing guys like me throughout the whole of his career and my one is I’ve had to train for him over the last three months. So yes, I’ve adapted.

Usyk is a mobile boxer who will bring a different challenge to Joshua than his last three fights against Kubrat Pulev and Andy Ruiz (twice), who weighed a whopping 283lbs for their rematch in December 2019.

“These guys go longer rounds, when you’re knocking up a guy in three or four rounds it’s different. I’ve been doing a lot of sparring, to be honest, which is also physical, pushing, shoving, defending, heavy, bad work. So maybe I’m just shredding a lot of the weight because of the lot of work we’ve been doing.

As well as the backing of a home crowd, Joshua will have a size advantage over Usyk, who ended the career of England’s Tony Bellew in an eighth-round stoppage in Manchester in November 2018.

But Joshua, who has won nine world heavyweight title fights with one shock stoppage loss to Ruiz in June 2019, insists he is not banking on his size and power being the defining factor Saturday.

“Advantages physically is one thing, but it doesn’t make the world’s tallest man heavyweight champion of the world,” Joshua added.

“You have to have the mental capacity to be able to do what you do. And yeah, he’s confident, he’s coming into the ring confident, so am I. You have to be aggressive and beat that confidence out of your opponent. So, a good fighter is good, but you also have to be an aggressive fighter.

“He’s confident, his team are confident but what it is with a lot of people, I feel like it’s easy to watch on YouTube and watch from the outside. When you are in front of someone it’s a completely different ball game. So Sept. 25, we’ll get to see what my spirit’s about, what my lineage and where I’ve come from is about, what a true Joshua is.”