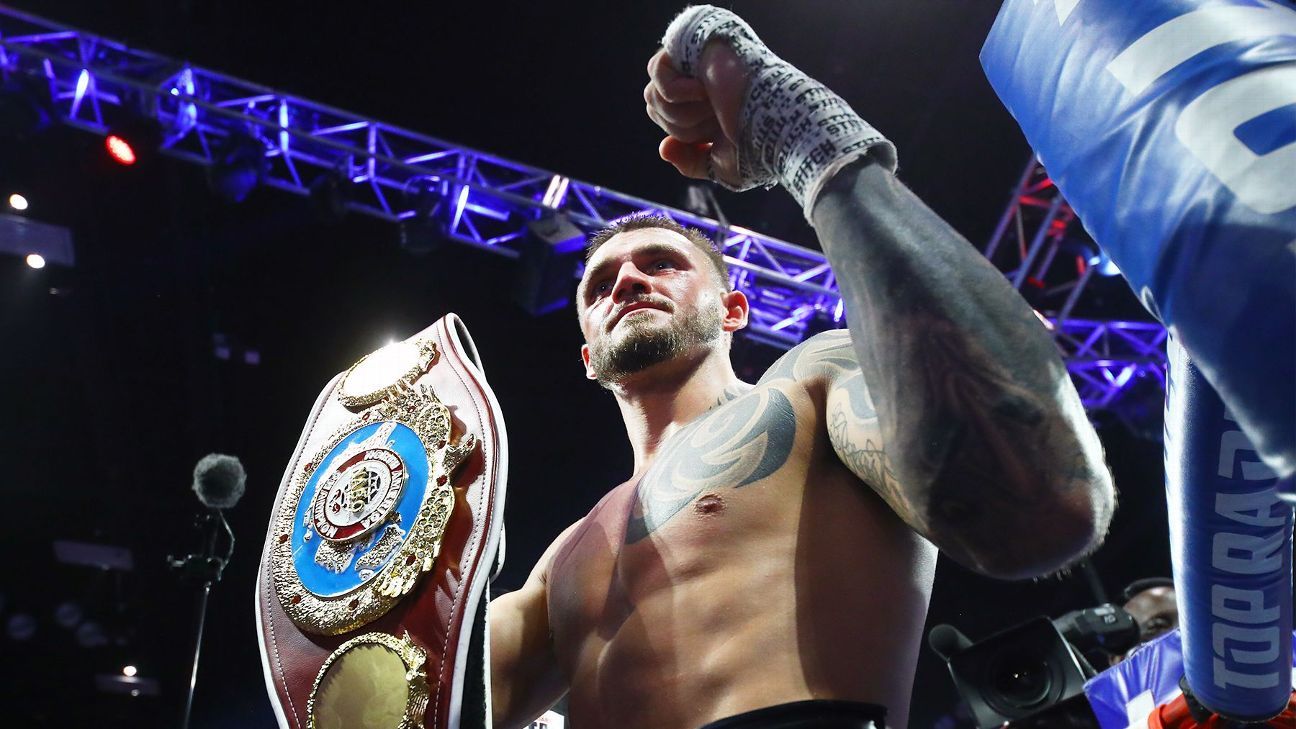 Joe Smith Jr. was hospitalized with COVID-19 and his Oct. 30 light heavyweight title defense vs. Umar Salamov has been postponed, the boxer’s promoter, Joe DeGuardia, told ESPN on Tuesday.

The 32-year-old stayed in a Long Island, New York, hospital overnight before being released, according to DeGuardia. The 175-pound title fight was set to headline Top Rank Boxing on ESPN at New York’s Hulu Theater at MSG. The bout with Salamov, a 27-year-old Russian, will be rescheduled once Smith has fully recovered, DeGuardia said.

“He’s still in bed, he’s not doing too well,” DeGuardia said. “He’s trying to recuperate; worrisome because he really was very, very ill. We’re going to see how Joe feels this week so we can figure which date will make the most sense.”

Top Rank is looking for a suitable replacement headline bout so the Oct. 30 event can proceed, sources told ESPN.

Smith (27-3, 21 KOs) won the title in April with a majority-decision victory over Maxim Vlasov. The fight was originally scheduled for February but was postponed after Vlasov was diagnosed with COVID.

Vlasov and Salamov were supposed to meet last November — with the winner set to fight Smith for the vacant title — but that fight was postponed after Salamov (26-1, 19 KOs) tested positive for COVID.

And now, it’s Smith, the latest in a long line of notable boxers who have had their fights postponed due to COVID just weeks out, joining stricken fighters like Tyson Fury, Teófimo Lopez and David Benavidez.

“I was in camp working hard,” Smith said in a statement. “… When I am better, I will be back in the gym preparing to fight as soon as I can and put on a great show for all my fans.”

Smith was once a local attraction on Long Island before shooting to prominence with a shocking first-round TKO of Andrzej Fonfara in June 2016. He parlayed that upset victory into another stunner, a knockout of the legendary Bernard Hopkins in December 2016. In Hopkins’ farewell fight, he was sent through the ropes for the KO.

With the pair of victories, Smith landed a fight with Sullivan Barrera, but entered the bout with a broken jaw. Following a title-losing effort against Dmitry Bivol in March 2019, Smith went on another run, with a decision win over Jesse Hart and then a career-best performance in August 2020, a TKO victory over former champion Eleider Alvarez.

“It’s unfortunate; it’s wild,” said DeGuardia. “During the whole situation with Vlasov, he was so focused on being away from people with a mask. It’s disheartening. It’s been happening in our sport to a lot of guys.”