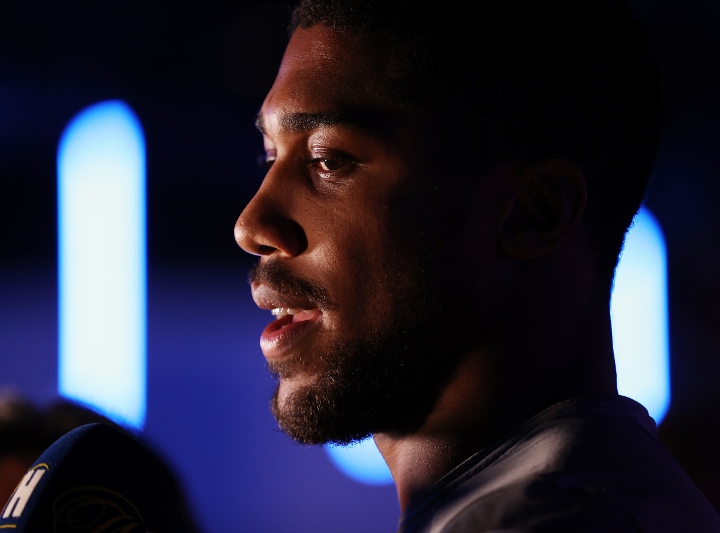 This Saturday, before a packed crowd at Tottenham Hotspur Stadium, Joshua will defend his titles against Usyk in battle of 2012 Olympic champions.

Usyk cleaned out the entire cruiserweight division and became the undisputed champion in 2018. He moved up to heavyweight the following year.

In his two wins at the weight, Usyk stopped Chazz Witherspoon and won a tough twelve round unanimous decision over Derek Chisora back in October of last year.

In order to position himself for a potential 2022 unification with WBC world champion Tyson Fury, Joshua must overcome one of his toughest boxing challenges.

“He has to beat Oleksandr Usyk to keep the undisputed dream alive and he wasn’t prepared to swerve the challenge of Oleksandr Usyk, he’s not that kind of guy,” Hearn told Sky Sports News.

“Usyk has boxed Witherspoon and then Chisora. People are saying, ‘Has he got it, has he not?’ Maybe now he does! I hope he doesn’t but he might do.

“It’s a great battle of minds as well. One thing that’s so scary about Usyk – is his mind and his ability to work out an opponent, and to out-think them. AJ wants to show his skill in this fight, as well as his brutality. I just hope we see a little bit more of the brutality.”

BN Verdict: Brilliant Yarde does everything but win against brutal Beterbiev
“Scrappy” Ramirez headlines Golden Boy Fight Night, Feb. 23
Golub vs Monterrosa FULL FIGHT: February 17, 2018 | PBC on FOX
Bradley: An open letter to Beterbiev and Yarde — with a game plan for each
Sources: Joshua-Franklin close for April 1 at O2