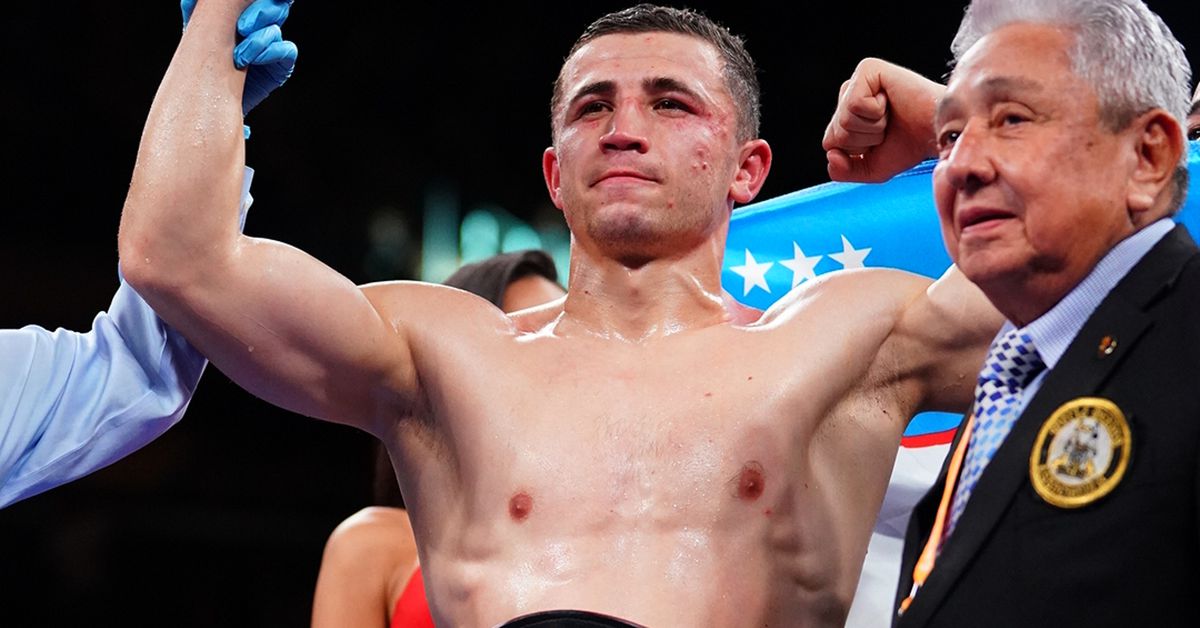 Salvador Rodriguez brings word that Matchroom Boxing, promoter of Israil Madrimov, won today’s purse bid for their charge’s ordered eliminator against “gold” champion Michel Soro with a $245,000 offer. They intend to stage the fight on December 11th in either the U.S. or Ukraine.

Why Ukraine for a fight between an Uzbek and a Frenchman? Don’t ask me; Oleksandr Usyk is Matchroom’s only major Ukrainian fighter and he’s, well, otherwise occupied at the moment.

Geographic silliness aside, it’s a quality matchup between skilled super welterweights in need of a big win. Soro (35-2, 24 KO) has been something of a big fish in a small pond despite his obvious abilities, while Madrimov (7-0, 5 KO) is in a put-up-or-shut-up situation after failing to impress in his most recent bouts. Whoever wins will (eventually) be in line to fight Jermell Charlo, and this fight should tell us a lot about their respective chances at championship glory.