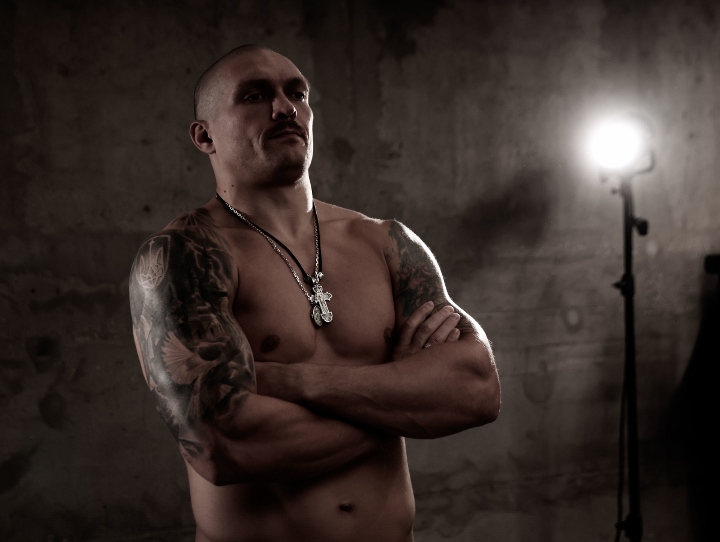 English heavyweight champion Fabio Wardley has revealed how nothing seemed to faze Oleksandr Usyk when the pair used to spar.

Wardley helped Usyk get ready for his eighth round knockout win over Tony Bellew in his final fight at cruiserweight and his stoppage victory over Chazz Witherspoon in his first fight at heavyweight.

Describing the experience ahead of the former undisputed cruiserweight king’s biggest fight of his career against unified heavyweight champion, Anthony Joshua on Saturday at Tottenham Hotspur Stadium, Wardley has revealed how the Ukranian’s timing is what impressed him most.

“There’s no foot out of place. He never seems uncomfortable in any circumstance, any situation he’s in. He always seems to be very in control not just of his body, but just of the ring and everything that’s going on around him.

“Which is why I was always so impressed whenever I’d go and spar him, because I’d really put it on him and try and put him in awkward and different situations and he’d always just seem so comfortable in himself. So, yeah it was a great experience to be out there so that’s why I’m looking forward to him and AJ very much.”

Yesterday’s Heroes: Alan Minter at the Olympics
Tyron Woodley – POST FIGHT PRESS CONFERENCE vs. Jake Paul
Amanda Serrano: “Undisputed Is The Icing On The Cake”
Baumgardner: I Definitely See A Rematch With Mayer; Second Fight Will End By Knockout
Tszyu: The plan is to sink and drown Harrison, move on to Charlo fight