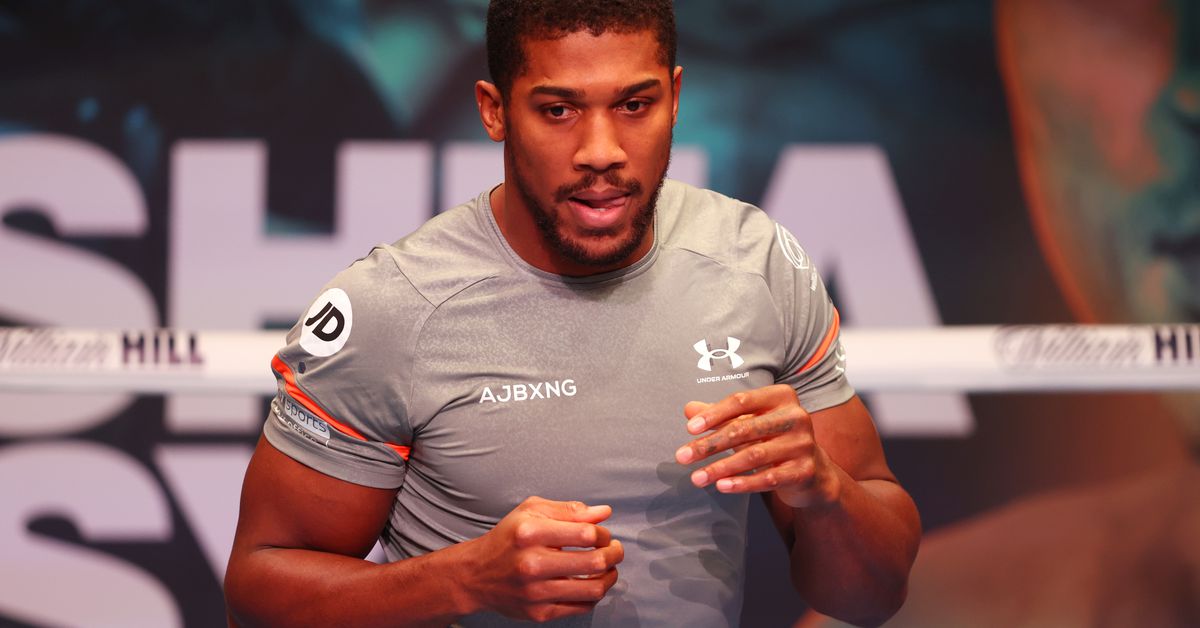 Today, at an advertised start time of 7:50 a.m. ET, Sky Sports will be streaming the final press conference for Saturday’s heavyweight title fight between unified titleholder Anthony Joshua and challenger Oleksandr Usyk. You can catch all the festivities right here, live on BLH!

Joshua comes into this fight having rebounded from his upset loss to Andy Ruiz to beat Kubrat Pulev, and with the belts back around his waist he’ll now take on his WBO mandatory challenger in Usyk.

Usyk became the world’s first undisputed cruiserweight champion during the WBSS tournament and has since made the move to heavyweight. Usyk appeared to have at least some difficulty dealing with the larger men in the division, so it’ll be interesting to see how fares against a top level talent in the division, who is a pretty big man himself.

Should Joshua successfully get through this fight there will likely be renewed talk for a heavily anticipated undisputed heavyweight clash against Tyson Fury (assuming Fury beats Deontay Wilder). Catch a glimpse of both Joshua and Usyk today as they address the world about their upcoming fight.