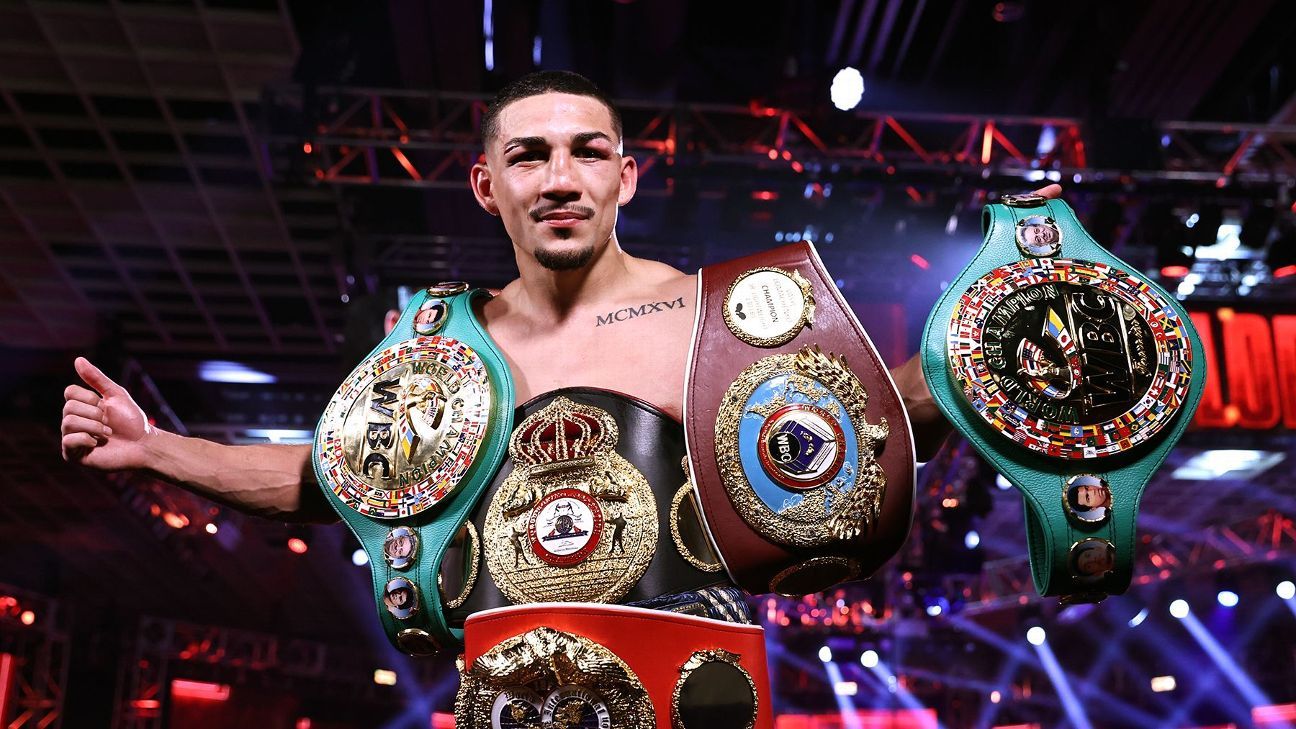 Teofimo Lopez has signed a contract to allow Triller to move his lightweight championship fight with George Kambosos from Monday, Oct. 4, at New York’s Hulu Theater at MSG, to Saturday Oct. 16, at Brooklyn’s Barclays Center, Triller’s Ryan Kavanaugh and Teofimo Lopez Sr., the fighter’s father and trainer, both told ESPN on Thursday.

Kambosos, who lives in Sydney, also must sign off on the date change and hasn’t done so yet, sources tell ESPN. In fact, Kambosos (19-0, 10 KOs) was sleeping (given the time difference) when Lopez sent over the contract and his team hasn’t yet informed the 28-year-old contender that the champion has agreed to move the fight two weeks.

Triller, which won the rights to the fight at February’s purse bid with a commitment of $6.018 million, is trying to avoid competing with ESPN’s Monday Night Football game between the Las Vegas Raiders and Los Angeles Chargers.

“Money is not everything,” he added. “The money will come. Exposure is more important than everything in the world right now.”

Triller, which owns the popular rap-battle series, Verzuz, would pair the fight with a Verzuz event at Barclays Center, Kavanaugh said. It is unable to do so at Hulu Theater, he said, because of space constraints following a chaotic event last month with The Lox vs. Dipset. Hulu Theater’s capacity is approximately 5,500; Barclays Center holds nearly 19,000.

Kavanaugh said he dealt directly with Lopez Sr., rather than the fighter’s manager, David McWater. Lopez Sr., said he “made this power move” to ensure the fight proceeds and avoid another conflict that keeps his son out of the ring any longer.

Lopez (16-0, 12 KOs) hasn’t fought since a career-best performance in October, a decision victory over pound-for-pound great Vasiliy Lomachenko to capture all four belts at 135 pounds. The 24-year-old Brooklyn native, who would enjoy a homecoming bout at Barclays Center, is ESPN’s No. 1 lightweight and No. 5 pound-for-pound boxer.

“We’ve always been huge believers in Teofimo, we think he’s one of the best of our time,” Kavanaugh said. “It’s unfortunate we had many bumps in the road. However, if it was easy, everyone would do it. Typically in our experience, the most challenging turns out to be the most rewarding.

“100 percent going forward on the 16th,” he added. “We’re very excited about pairing it with a Verzuz. A fight of this magnitude deserves the world stage, and that’s what we’re giving it.”

Lopez is in the midst of a multiyear deal with Top Rank, which has an exclusive deal with ESPN. After failed negotiations between the boxer and his promoter, the rights to the fight headed to a purse bid. The fight was set for June 19 in Miami before Lopez tested positive for COVID days before the bout.

If the fight indeed moves to Oct. 16, it would be at least the fifth date change for the event.

Tyron Woodley – POST FIGHT PRESS CONFERENCE vs. Jake Paul
Bradley: An open letter to Beterbiev and Yarde — with a game plan for each
OFFICIAL: Benavidez vs Plant set for Mar. 25 SHO PPV main event
Mike Tyson Taken To Court By Woman Claiming He Raped Her In Early 90s
Artur Beterbiev: Bivol Just Says That He Wants To Fight, Wants To Fight, But That’s It