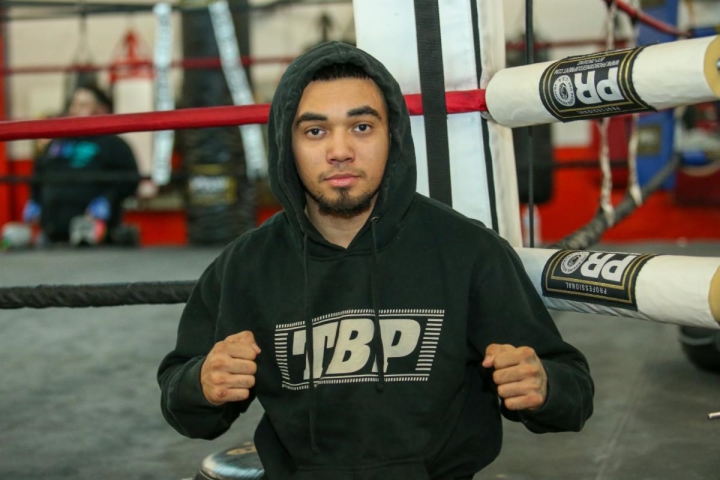 Saul Sanchez refuses to be defined by the lone loss on his career.

Four wins have followed a narrow split decision defeat to Edwin Rodriguez in their August 2019 clash, with this Friday marking the third time in four fights where Sanchez fights outside of his home state of California. This weekend’s trek leads him to the Midwest against his most established opponent to date, as he faces unbeaten Jarico O’Quinn in a scheduled ten-round bantamweight battle atop a ShoBox card on Showtime from Central Park Community Center in Broken Arrow, Oklahoma.

“I want to fight guys like Jarico that are going to get me ready for the world title. I don’t want stay-busy fights or walkovers. I want to fight ranked fighters, that is the only way I will move up the ranks and get the chance to become world champion.”

It’s an ambitious goal for the 24-year-old Sanchez (16-1, 9KOs), who appears to be back to normal after the brief setback more than two years. He has since returned to renowned boxing coach Manny Robles, Sanchez’s original trainer who has enhanced his power and speed as evident in a pair of first-round knockouts during the stretch.

O’Quinn (14-0-1, 8KOs) is a -325 favorite to prevail this weekend, with Sanchez relishing the underdog role. A win on Friday will push the Pacioma, California native in the preferred direction up the ranks and a coveted title shot. More so than just adding another victory, Sanchez aims to send a message.

“I’m just focused on making a statement,” insists Sanchez. “I’m not here to leave it to the judges. I plan to stop this guy. I’m not looking to beat this guy on the scorecards.

“When I win this weekend, I want to fight by the end of this year or the beginning of next year. I’d like to fight every three-to-four months until I fight for the world title.”