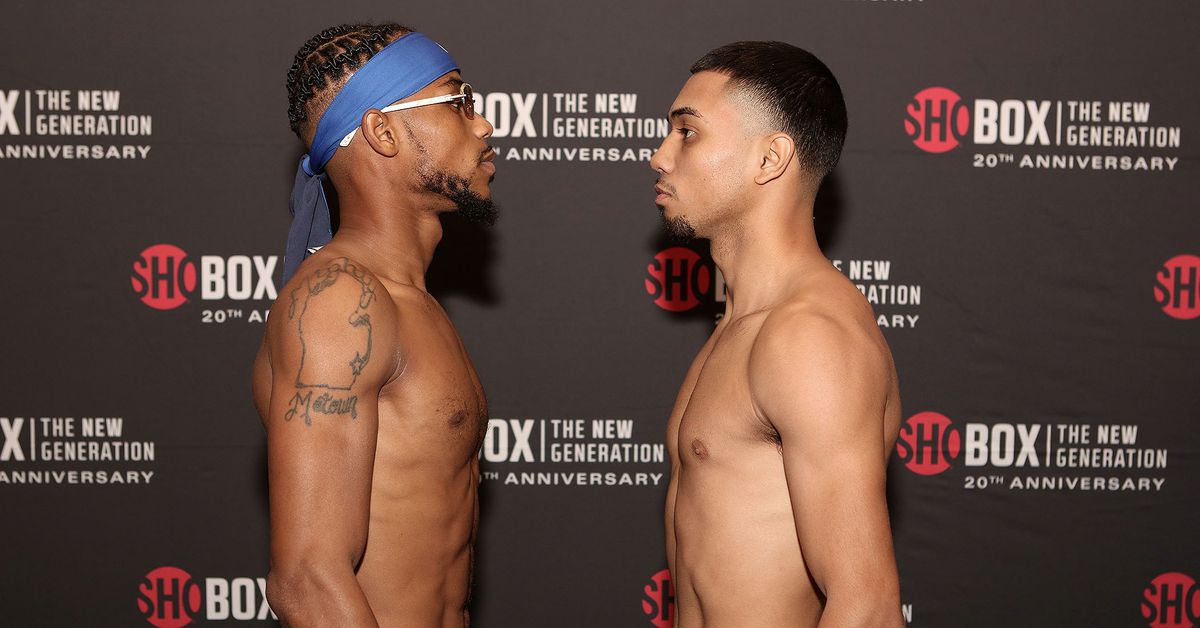 The 26-year-old O’Quinn, a Detroit native, looks to stay unbeaten, but is matched tough against the 24-year-old Sanchez, a California fighter who has suffered an upset defeat but remains a prospect at 118 lbs.

On the undercard, undefeated featherweights Luis Reynaldo Nunez and Jayvon Garnett clash, and we’ll also see junior lightweights Otar Eranosyan and Alejandro Guerrero in the first fight of the broadcast. Both of those bouts are also set for 10 rounds.

We won’t have the normal live coverage tonight, but we did want to get a post up for everyone to have a place to talk about the fights all the same. It looks like a good show on paper, so enjoy!

Dillian Whyte: I Won Clearly, So Why Would I Consider A Rematch With Jermaine Franklin?
BN Verdict: For John Ryder, the emotions of an anticlimax are becoming familiar ones
Hearn On Joshua: Fighting Whyte, Fury, Wilder in 2023 Would Be a Fantastic Year
Canelo Alvarez Picks Benavidez To Beat Plant: ‘It’s Going To Be Competitive’
Fury: Me and Chisora Are Going To Punch The F— Out of Each Other