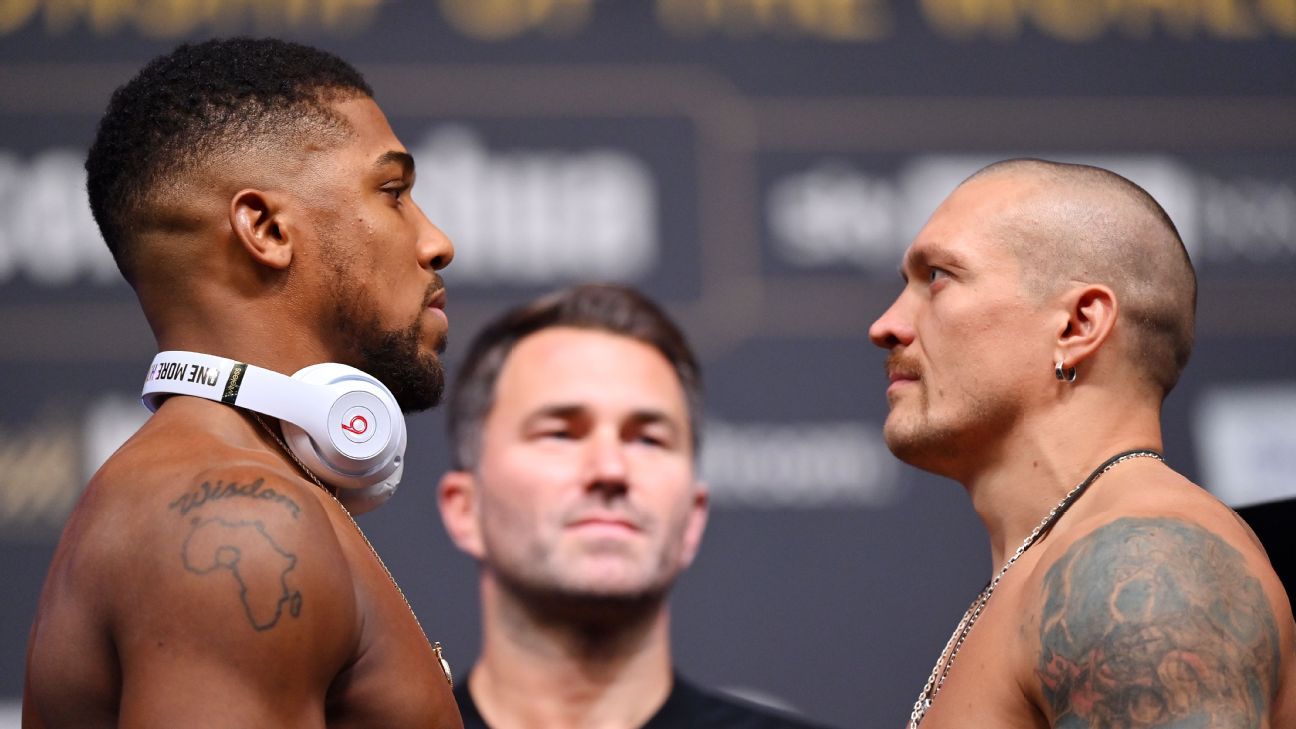 Joshua (24-1, 22 KOs), 31, of Watford, England, ranked No. 2 in ESPN’s divisional rankings, owns the WBA, WBO and IBF world titles. His most recent fight was a ninth-round TKO victory over Kubrat Pulev in December at Wembley Stadium in London.

Usyk (18-0, 13 KOs), 34, of Shypyntsi, Ukraine, unified all four major cruiserweight world titles by defeating Murat Gassiev in the World Boxing Super Series final in July 2018. After defending the belts against Tony Bellew four months later, Usyk moved up to heavyweight in 2019, where he has victories over Chazz Witherspoon and Derek Chisora.

If Joshua wins, he’ll turn his attention to the winner of the fight between WBC champ Tyson Fury and Deontay Wilder, who meet in Las Vegas on Oct. 9 for the third time. If Usyk pulls the upset, Joshua has stated he’ll face Usyk again in a rematch.

Also on the card, Lawrence Okolie defends his WBO cruiserweight title against Dilan Prasovic, and former super middleweight champion Callum Smith goes up in weight to face Lenin Castillo in a 10-round light heavyweight battle.

Nick Parkinson recaps all the action from ringside:

The Chicago-based boxer finished Round 4 well and came out swinging with hooks in the fifth round.