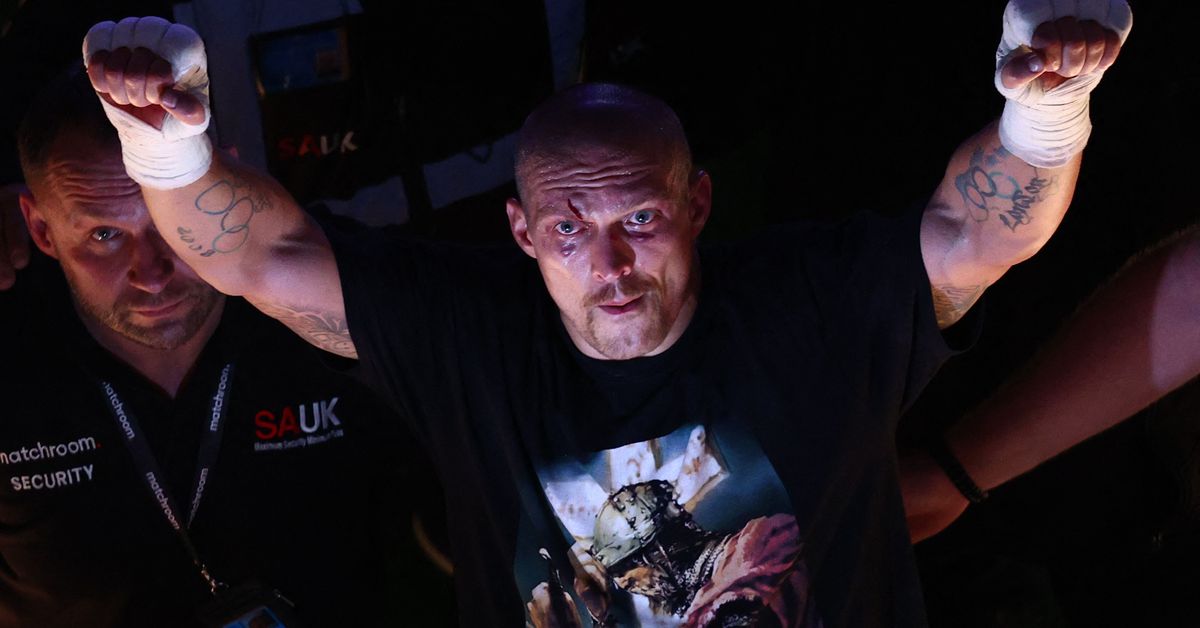 Oleksandr Usyk scored the biggest win of his career on Saturday in London, beating Anthony Joshua by clear decision to win the WBA, IBF, and WBO heavyweight titles.

The victory makes Usyk the only fighter to win truly recognized world titles at both cruiserweight and heavyweight other than Evander Holyfield, though obviously David Haye would like for his WBA secondary heavyweight title win to be counted. It was another affirmation of his greatness — probably the last one anyone ever really needs to consider him one of the truly elite fighters of his generation.

Boxing fans may be hoping to hear that Usyk (19-0, 13 KO) will now await the winner of the Oct. 9 fight between WBC titleholder Tyson Fury and Deontay Wilder, which would result in the first four-belt undisputed champion in heavyweight history, but the reality is that if you’re in that group, you’re going to have to pump the brakes.

It was well-known ahead of the fight that Joshua (24-2, 22 KO) had a rematch clause going into the fight. Usyk promoter Alex Krassyuk said ahead of the bout that while they did not have to agree to that clause since Usyk was the WBO mandatory challenger, they accepted the terms because they were confident Usyk would beat Joshua both times.

One down, one to go, because Joshua indicated in his post-fight press conference that he absolutely wants to go right into the rematch, as he’s ready to return to the gym, learn from the experience, and come back better the next time around.

So what we’re really talking about here is time frame, and the most likely bet there would be the spring of 2022, when the weather is good enough to possibly host another open air stadium fight in the United Kingdom, which is still where the biggest money will be.

Not only is Joshua a major draw — the 68,000 or so in Tottenham Hotspur Stadium on Saturday attest to that — but Usyk is hugely respected in the UK himself, and will be even more of an attraction there now. He’d previously beaten Tony Bellew and Derek Chisora in big UK fights, and he’s simply the sort of fighter whose quality and class you respect even if he’s beating all your favorite fighters.

Gut feeling is Usyk would be fully up for either. This is a great fighter and champion, someone who goes out and makes legacy more than he talks about it in interviews. He has not been afraid of any challenge thus far, and I doubt he’d shy away from either Fury or Wilder.

There are, of course, other options out there. Dillian Whyte faces Otto Wallin on Oct. 30, and the winner of that will probably be hoping to get a title fight next year. But nobody really wants to hear about that.

Unless Joshua changes his mind, it’ll be AJ up again for Usyk next time out. From there, hey, things change fast in boxing sometimes, and wild stuff happens. Most did not believe Usyk would win on Saturday. He made those predictions look foolish, and you can expect him to keep looking to be genuinely great.