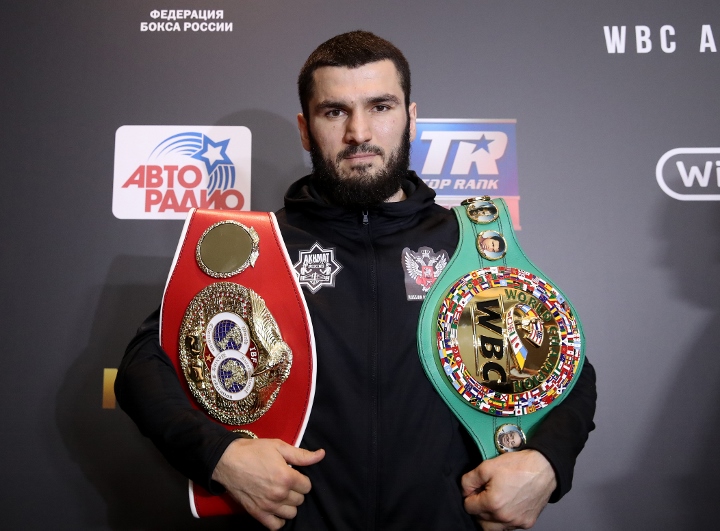 The Artur Beterbiev-Marcus Browne bout officially has a promoter of record.

The date of the Beterbiev-Browne battle will be determined soon by Top Rank, which co-promotes Beterbiev and has an exclusive content deal with ESPN.

The WBC’s 70-30 purse split will benefit Montreal’s Beterbiev (16-0, 16 KOs), who won the WBC 175-pound championship when he stopped previously undefeated Oleksandr Gvozdyk in the ninth round of their October 2019 title unification fight in Philadelphia.

Browne has fought only once since Jean Pascal upset him in August 2019.

The 2012 U.S. Olympian out-pointed journeyman Denis Grachev (20-14-1, 11 KOs) unanimously in a non-televised 10-rounder April 21 at Shrine Auditorium & Exposition Center in Los Angeles. Russia’s Grachev is 1-7 in his past eight fights.

In Browne’s previous appearance, Quebec’s Pascal (35-6-1, 20 KOs, 1 NC) beat Browne by technical decision after eight rounds of a scheduled 12-round fight for Browne’s WBA interim light heavyweight title at Barclays Center in Brooklyn. Browne couldn’t answer the bell for the ninth round that night due to a significant cut over his left eye, which was caused by an accidental clash of heads during the eighth round.

Liam Smith Stops Chris Eubank Jr In Fourth Round
Liam Smith To Chris Eubank Jr: You Can’t Punch; Even At 160 Pounds, You Can’t Punch
Dillian Whyte Wants Both Boxing, MMA Fight With Francis Ngannou: ‘I Would Bash Him’
Tszyu vs Harrison official for March, WBO interim title at stake
Old School Values: Russ Anber and the importance of class