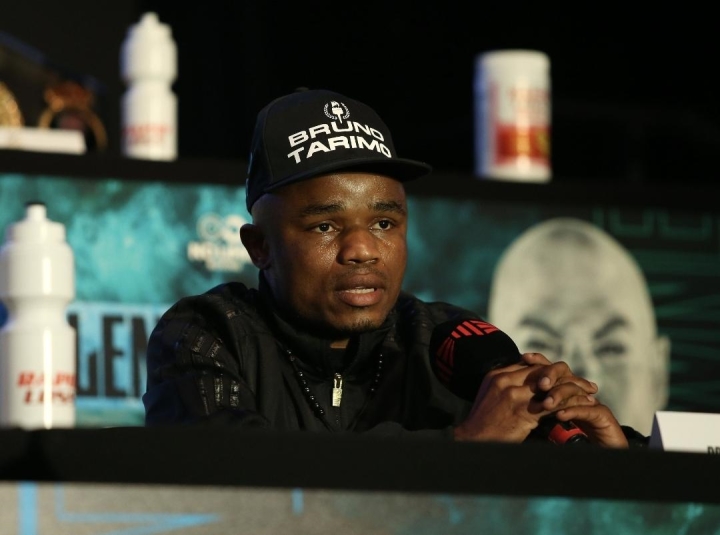 Highly ranked Bruno Tarimo is eyeing a world title clash in the near future, with the IBF and IBO regional title holder now firmly established within the world ratings in multiple sanctioning bodies.

Tarimo, who is guided by Australian boxing manager Tony Tolj, has done things the hard way at times, trusting in his management and winning fights when apparently on the ‘B Side’.

Tarimo described his experiences working under the guidance of Dragon Fire Boxing.

He said, “My manager Mr. Tony Tolj is a great man. He has always taken care of me and picked the right fights for me. I am from Tanzania and many fighters like me don’t get good opportunities. Mr. Tony has got me those opportunities and has got me ranked in the world top 15 in WBA and number 5 in IBF.

“I give all my thanks to God for my success. I am happy to know I am fighting again soon and hopefully defending my titles. I want to keep moving up the world rankings until one of the world champions has to fight me.

“I have amazing training camps with Tony, coach, Benji, the Moloney’s, and our other friends at the gym. We have a great team and really push to get ourselves to be the best we can be. I believe this is what makes champions.”

Tarimo openly states he isn’t the biggest super featherweight and has the ability to drop to featherweight or even super bantamweight. The Tanzanian terror discussed the possibilities of fighting at lower weights.

The Aussie based spoiler stated, “I would happily drop to 126 to fight somebody like Kid Galahad. He is a truly great fighter. I am high in the world ratings so anybody who is above me I want to fight. I believe I have worked to get myself a shot at a world title, and if Galahad gave me an opportunity to fight him I believe it would be a great fight.

“I can definitely drop as low as 122, but I know many people see me win at 130 and won’t want to fight me at 122. If there is a challenge at 122 or 126 I am ready to take it. I really will fight anybody my team tell me to as they have never given me bad advice. I am getting better and I know I will continue to get better.”