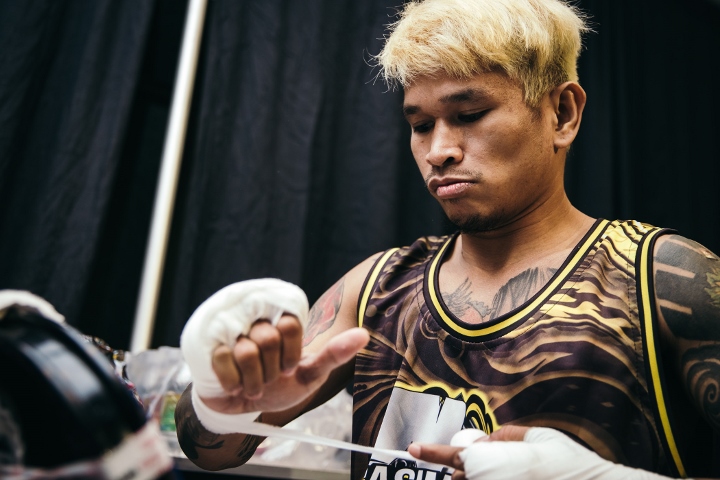 John Riel Casimero could see his next title defense fall in the hands of the highest bidder.

A purse bid hearing was called by the World Boxing Organization (WBO) for the ordered bantamweight title fight between defending champion Casimero and mandatory challenger Paul Butler. The ruling comes just five days after the two sides were granted a 20-day negotiation period, only for Butler’s team—headed by Lee Eaton of MTK Global—to request the matter to go straight to a purse bid scheduled for October 7 at WBO headquarters in San Juan, Puerto Rico.

“On September 27, 2021, this Committee confirmed receipt of email correspondence by Mr. Lee Eaton of MTK Global, on behalf of WBO Bantamweight Mandatory Challenger Paul Butler. As outlined in our negotiation letter dated September 22, 2021, any of the parties herein may request purse bid proceedings at any time during the negotiations and therefore, the request filed by Mr. Eaton is hereby granted.”

The session will be open to all WBO-registered promoters, who are required to meet or exceed the $100,000 minimum bid limit in order to obtain rights to the title fight.

Eaton put in the request after sensing that a deal wasn’t going to be reached with MP Promotions, who promotes Philippines’ Casimero (31-4, 21KOs)—a three-division titlist who has held the WBO bantamweight title since a third-round knockout of Zolani Tete in November 2019.

The fight with Rigondeaux was scheduled earlier this spring, only for hopes of replacing the fight with a unification bout versus countryman Nonito Donaire (41-6, 27KOs) shortly after the Fil-Am superstar captured the WBC title. The two initially agreed to terms for an August 14 clash, only for Donaire to remove himself from the mix due to a breakdown in drug testing procedures along with claims of misogynistic comments directed at wife/manager/trainer Rachel Donaire from Casimero’s camp.

Donaire was left without a fight, while Casimero proceeded with the originally scheduled clash with Rigondeaux which he won in a painfully dull affair.

Casimero offered an apology earlier this month to Donaire, who accepted the olive branch. Unfortunately, it wasn’t enough to work its way into a new deal between bantamweight titlists, both of whom are pressed with mandatory title defenses.

Butler, 32, has since won his last seven starts. In his most recent appearance, Butler claimed a ten-round decision over Willibaldo Garcia this past June in Bolton, England. The victory positioned him as the number-one contender to Casimero’s crown.