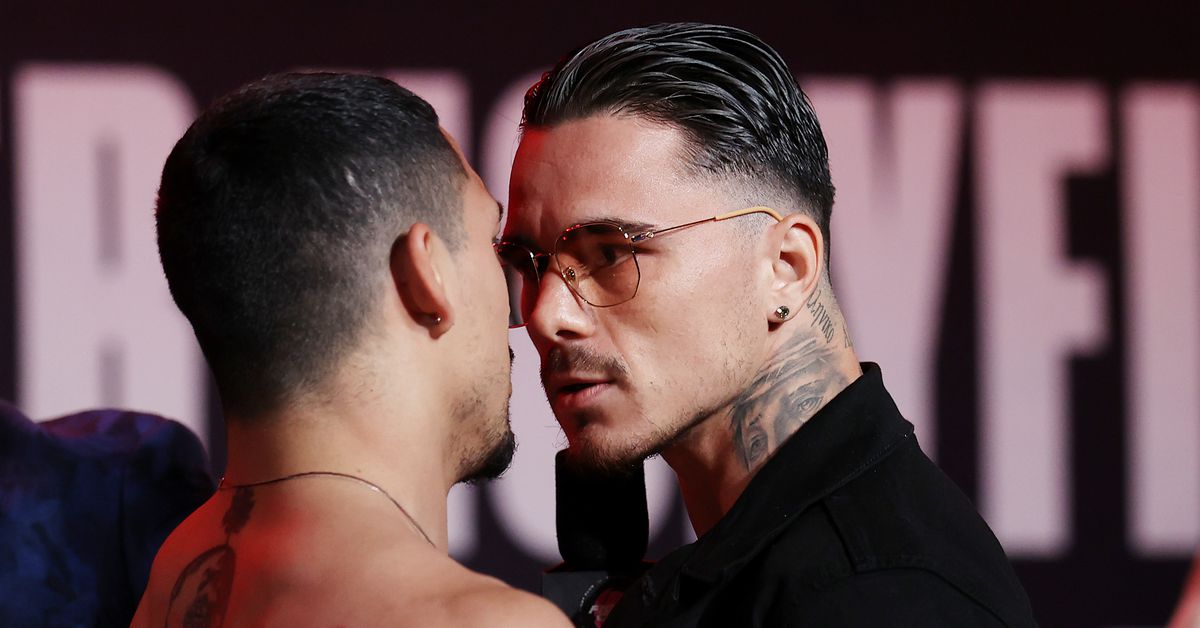 Both Dan Rafael and ESPN’s Mike Coppinger are reporting that George Kambosos Jr.’s lawyer has formally asked the IBF to declare Triller in default of contract for the oft-rescheduled fight between Kambosos and unified lightweight champion Teofimo Lopez.

The writeup from Mike Coppinger is a must-read, and features several shockingly aggressive and hostile quotes from Triller co-founder Ryan Kavanaugh. Perhaps the most damning one for anyone hoping to see a resolution where Triller ends up carrying the fight? Kavanaugh categorizes Kambosos’s position on the latest date change as a “shakedown,” and refuses to negotiate the issues because of the precedent it would set for any future contract negotiations with “a fighter who actually matters.”

A quick summary, for anyone that’s missed an episode or two of the Triller/Lopez vs. Kambosos soap opera:

Triller shocked the boxing world by winning a February purse bid for the fight, offering more money than the 2nd and 3rd highest bids combined. The fight was rumored for late May, but officially scheduled for June, which I’m identifying only by month and not a specific date because it moved from June 5th to June 19th to avoid the Floyd Mayweather vs. Logan Paul exhibition.

The June 19th date never happened, as Lopez tested positive for COVID-19 and the fight was postponed just four days before it was set to happen. The cancellation came so late, scheduled undercard fighter Franchon Crews-Dezurn didn’t get the news until she was on her way to the venue for a pre-fight press conference.

After that, the fight was rumored for Florida, Australia, somewhere in the Middle East, and then various sites in New York City. The date slid further and further back, finally landing on Tuesday, October 5th, which was later deemed unacceptable because of the possibility of a Yankees-Red Sox playoff baseball game.

The fight was moved up to Monday, October 4th. But, Kavanaugh was somehow caught off-guard by Monday Night Football, a 50 year old American sports television institution that predates Kavanaugh’s birth by several years, and has its scheduled night built in to its title.

That led to another apparent reschedule, this time for Saturday, October 16th. But, the dominant word in that sentence is “apparent,” as nobody ever bothered to get Kambosos to sign off on the latest adjustment, and news broke earlier today that Kambosos insisted on compensation before he would agree to the amended date and venue.

Now, we have a situation where Kambosos has a signed contract for a fight in six days on October 4th at Madison Square Garden, and says he’s ready and willing to honor that contract. But, Triller paid a six-figure termination fee for that date and venue, and that event is cancelled, as Dan Rafael recorded for posterity on Twitter yesterday.

Tonight’s latest reports from Coppinger and Rafael indicate that Kambosos wants compensation and for Triller to post the purse money in escrow before he’ll sign off on the 16th. The escrow request seems very reasonable and appropriate, especially after a four-belt undisputed women’s super middleweight fight between Franchon Crews-Dezurn and Elin Cederroos, originally scheduled for the Lopez-Kambosos undercard back on June 19th, was rescheduled for September 14th on Triller, then cancelled less than 4 days out a second time because apparently nobody realized before then that the necessary travel visa for Cederroos had not been secured.

So, what happens now?

The IBF has already ruled that the fight must take place no later than October 17th. If they find Triller in default, Triller would lose the rights to the fight, Lopez and Kambosos would split the US$1.2 Million purse bid deposit, and the option to promote the fight would shift over to Eddie Hearn’s Matchroom Boxing.

Even with the Triller deposit factored in, the move would cost Kambosos almost half a million dollars in purse money, and Lopez around $850,000. But, after almost 8 months of maneuvering and delay, it may be worth it to Kambosos in order to force the fight into the hands of someone willing and able to actually stage it.

For now, we all wait for the IBF to rule on the matter. As perhaps the only member of this site, and possibly the boxing media universe, with a sincere, enthusiastic desire to see this fight? I really, really hope the situation gets resolved one way or another, and this fight finally happens as quickly as possible.

BLH P4P Top 10 (Feb. 2023): Beterbiev jumps over Canelo, more
Tall Story: Ed “Too Tall” Jones was an NFL star who boxed six times as a pro, then stopped
BENAVIDEZ vs PLANT Kickoff Press Conference | #BenavidezPlant
Yesterday’s Heroes: Alan Minter at the Olympics
Keyshawn Davis: Tank is great but his resume not so much