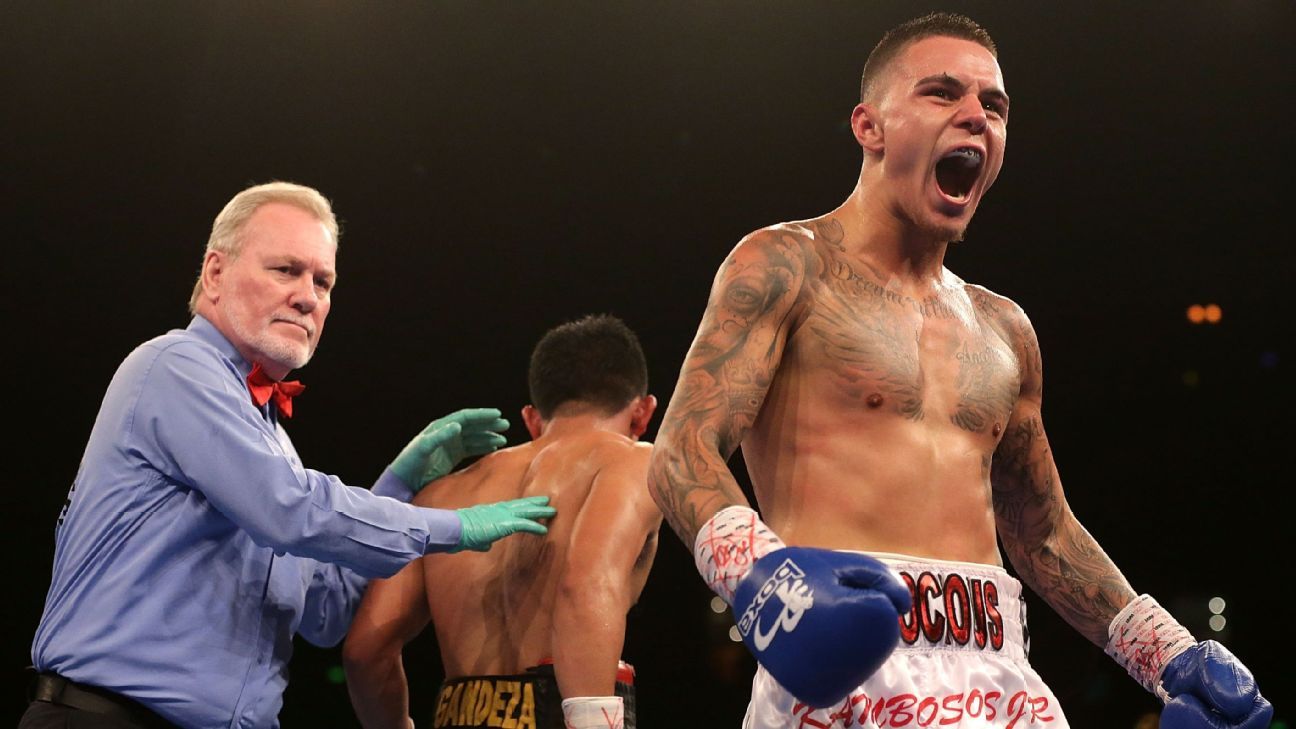 George Kambosos’ legal counsel sent a letter to the IBF on Tuesday requesting that the organization find Triller in default of its obligation to honor signed contracts to deliver the lightweight title fight with Teofimo Lopez on Oct. 4 at New York’s Hulu Theater at MSG.

In the letter, a copy of which ESPN obtained, Kambosos’ attorney, Greg Smith, wrote that Triller misrepresented to Lopez that Kambosos signed an amendment to the contract allowing the fight to be moved, and that unlike Lopez’s signed amendment, the contract offered to Kambosos doesn’t specify Barclays Center in Brooklyn as the venue.

Kambosos, through his counsel, also objected to Triller’s refusal to show proof of funds by escrowing the fighter purses prior to his scheduled flight from Australia (he resides in Sydney) to New York; in addition, he said Triller reneged on prior marketing agreements.

Smith wrote that Kambosos — despite the death of his grandfather and the birth of his child last week — is ready, willing and able to fight on Monday.

“Triller has breached the contract, lied to the IBF about Mr. Kambosos’ agreement to move the bout and attempted to coerce Mr. Kambosos into executing an amendment that does not comply with IBF [rules] in that it does not specify a venue,” Smith wrote. “Triller should be declared in default … and should be barred from future purse bids for its egregious behavior.”

Kambosos and Lopez, the undisputed 135-pound champion, signed contracts to stage the fight Monday at New York’s Hulu Theater at MSG. Triller then decided to move the bout to Oct. 16, wishing to avoid competition with ESPN’s Monday Night Football, although the NFL schedule had been released in May. However, the organization needed both fighters to approve the date change since contracts were filed with the New York State Athletic Commission and the IBF, the sanctioning body that ordered the fight.

If the IBF finds Triller in default, the rights to the bout would revert to Eddie Hearn’s Matchroom Sport, which would look to stage the fight on DAZN before the end of the year, sources told ESPN.

However, Triller would forfeit its $1.2 million deposit to the IBF in that scenario, with $780,000 going to Lopez and $420,000 to Kambosos. Lopez and Kambosos could seek to recoup more money in a lawsuit against Triller in that scenario. Triller already canceled its reservation with Madison Square Garden and forfeited a $100,000 deposit.

“This is nothing more than Kambosos attempting to extort Triller,” Triller co-founder Ryan Kavanaugh told ESPN. He said Kambosos demanded $380,000 to sign the amendment to move the bout. “This is a sad day for boxing. We are paying him nearly 10 times his next highest payday, almost $2.5 million dollars. We have secured Barclays, made our deposits, signed with Lopez, and Kambosos is making financial and other demands after confirming this date is in fact better than the 4th.”

“We have signed and paid an advance to Lopez and put the very same offer forward to Kambosos,” Kavanaugh added. “This is a pure and simple shakedown and speaks a lot to his character. If we give into this, imagine what every future event would hold for Triller when it’s a fighter who actually matters.”

Lopez (16-0, 12 KOs) hasn’t fought since a career-best performance in October, a decision victory over pound-for-pound great Vasiliy Lomachenko to capture all four belts at 135 pounds. The 24-year-old Brooklyn native, who would enjoy a homecoming bout at Barclays Center, is ESPN’s No. 1 lightweight and No. 5 pound-for-pound boxer.

Kambosos (19-0, 16 KOs) is ESPN’s No. 9 lightweight. The 28-year-old won a title eliminator against Lee Selby in October to become the mandatory challenger.

Lopez is in the midst of a multiyear deal with Top Rank, which has an exclusive deal with ESPN. After failed negotiations between the boxer and his promoter, the rights to the fight headed to a purse bid. The fight was set for June 19 in Miami before Lopez tested positive for COVID-19 days before the bout.

“None of this makes sense to Triller,” Kavanaugh said. “On one hand, he fights in about 14 days and makes almost $2.5 million dollars, a chance for multiple belts and proves people wrong that he’s not just scared to fight.

“On the other hand, he causes Triller to lose millions more than we already did due to the COVID issues .. costs Teo millions, himself millions and the fight is put on by another promoter in months from now.”

The Beltline: Just as boxers must do better, we must know not to expect perfection
Benavidez vs Plant Is ON for March 25 on SHOWTIME PPV in Las Vegas
The BN Preview: Joseph Parker and Jack Massey are The Odd Couple at heavyweight
LIVE Artur Beterbiev v Anthony Yarde Press Conference | JAN 26th 1PM | BT Sport Boxing
Bradley: An open letter to Beterbiev and Yarde — with a game plan for each