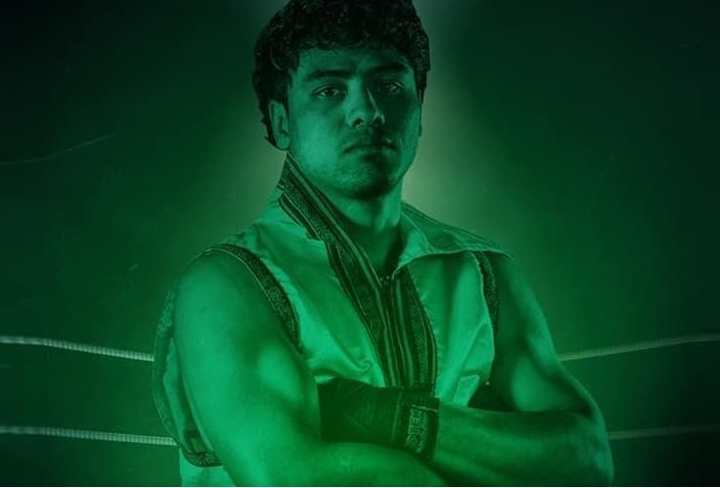 “Back in July, RJJ Boxing had to cancel its first show ever, due to COVID-19,” veteran RJJ Boxing matchmaker Guy Taylor explained.

“We decided to go back-to-back to give back to the fans who had bought tickets to the July show. They’ve been very supportive of RJJ Boxing, so why not do this with two of our best cards ever. We’re giving fans what they really want to see: evenly matched, compelling fights because they pay good, hard-earned money for tickets. We don’t want fans to know who is going to win before the fights, and we’re packing the undercard with local kids. We want to give back to Los Mochis, which has produced 26 world champions, including a Who’s Who of Mexican boxing. I don’t know what’s in tacos there, but it hasn’t happened by accident.”

On Thursday, Oct. 14, super middleweight Manuel “El Meno” Gallegos (18-1, 15 KOs) takes on Gabriel “Drago” Lopez (10-5-1, 7 KOs) in the 10-round main event. Mexican boxers who defeat American opponents like Gallegos did in his last fight this past June, winning a 10-round unanimous decision against Kevin Newman in the same venue, are treated like heroes in Los Mochis. Gallegos is arguably the best Mexican super middleweight outside of Saul Canelo” Alvarez.

In the 10-round co-featured event, undefeated Guatemalan Lester Martinez (9-0, 9 KOs) makes his first WBO Latino Super Middleweight title defense against his Cuban challenger, Raiko Santana (8-2, 5 KOs). A former WBC Latino Super Middleweight Champion, the 25-year-old Martinez made his pro debut in 2019, stopping 3-time, 2-division world champion Ricardo Mayorga in round two. The heavy-handed fighter has also defeated Michi Munoz and Uriel Gonzalez, both by first-round stoppages. Santana is a typical product of the highly-regard Cuban amateur boxing program, a sound boxer and solid defensive fighter, who has a 120-20 record..

WBC Youth Council Silver Lightweight Champion Luis “Koreano” Torres (12-0, 8 KOs) is a familiar fighter on RJJ Boxing on UFC FIGHT PASS streams with this being his seventh straight appearance. The gifted 19-year-old Torres faces Guillermo “El Borrego” Avila (19-11, 14 KOs) in the 10-round, non-title fight. Torres should be tested by the more experienced Avila, who has bene in the ring with the likes of world champions Gervonta Davis and Wilfredo Vazquez, Jr., as well as Jonathan Oquendo, Andrey Klimov and Miguel Marriaga.

The following night, former NABF Welterweight Champion Santiago “Somer” Dominguez (24-0, 10 KOs) returns to the ring after being idle the past 10 months due to personal reasons against Jesus “Chino” Antonio Rubio (13-4, 7 KOs) in the 10-round main event. Dominguez is a homerun hitter who was ranked among the top 15 welterweight in the world. Rubio may be the toughest test of Dominguez’ pro career based on him challenging Alberto Puello (18-0) in his most recent fight, albeit in a loss by 12-round decision, for the vacant WBA Interim World Super Lightweight Championship. An 8-round win by decision against 21-3 Sonny Fredickson in his previous fight set-up Rubio’s title shot.

Former WBC Youth Silver Featherweight Champion Jose “El Sugar” Eduardo Nunez (21-1, 21 KOs) throws-down with Osvaldo “Catotas” Maldonado (10-1, 5 KOs) in the 10-round co-feature. Nunez is one of the best kept secrets in boxing with 21 knockouts in 21 victories, however, Maldonado has the same style as the lone fighter to defeat Nunez, Hiram Gallardo, who won a 6-round decision in 2018. Knockout artist Nunez is riding an 11-fight win streak.